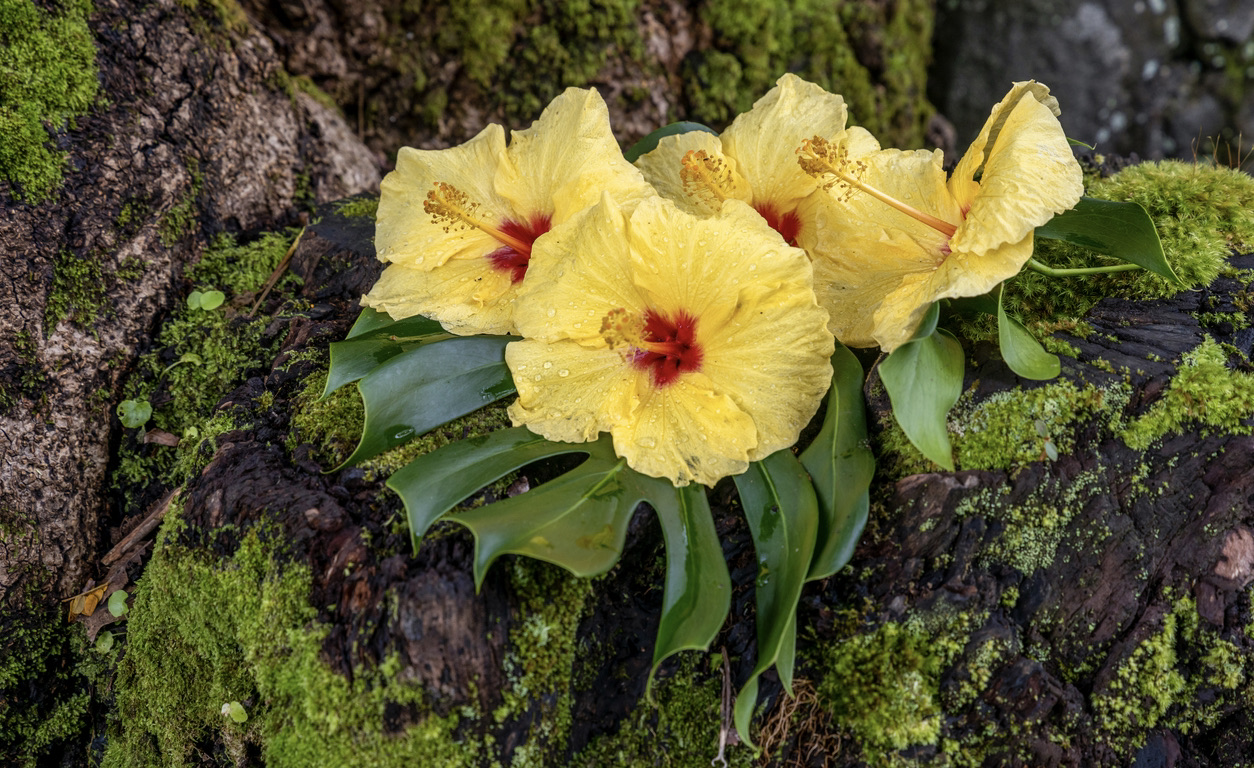 The Valley of the Gods

Seven kilometers. That’s the distance from the stunning Waimea Awāwa to my Hale’iwa home. Somewhere deep in the heart of the valley, the cool water from the forty-foot wailele dances off the slick surfaces of the rocks. At times, the dance is peaceful and slow, and during these conditions, the waterfall is called Waihe‘e. However, when the Kamananui stream swells from heavy rains and floods the falls, the dance becomes passionate, even ferocious, and the waterfall is called by a different name—Waihī, meaning “purging water.” Just a short distance up the stream lies a moss-covered rock wall, the remains of a lo’i, where taro once grew.

Two thousand miles. That’s how far Polynesian voyagers sailed from the Marquesas Islands to reach Hawaii in 400 C.E. The new inhabitants wondered at Waimea’s lush vegetation, abundant freshwater, and ideal fishing location, acknowledging that no ordinary usage of the land would suffice. Instead, the valley was gifted to the high priests, the Kahuna Nui, and became known as The Valley of the Gods. Consequently, many parts of the valley became special places of worship, each one called a heiau. Just about every deity in the Hawaiian religion was affiliated with nature. Kāne was the god of forests, and Kanaloa oversaw the oceans. The god of mountains and deep forests was Kū, and Lono, the most benevolent of the gods, represented peace and presided over agriculture. For Lono, a special celebration occurred every year from November to February. During a period of celebration and rest called Makahiki, high chiefs collected offerings of taro, sweet potatoes, and other valuable goods.

Twenty-four inches. That’s the distance between me and the woman standing behind me who’s singing alarmingly off-key. I close my eyes and try to focus on the words of “Waymaker,” the worship song I’m singing. The pitter-patter of the rain bouncing off the roof of the lanai joins in with our chorus of voices as if to insist on being included. It’s the same rain that feeds the majestic wailele and waters the taro still growing in the highlands. It’s a Sunday morning in Waimea Valley, and I am attending church. Once a week, I gather under a lanai with a couple hundred others here in the valley, and together we read the Bible and sing songs of praise to our god. This valley holds great significance for me because it was here that I found solace. During the height of the Covid-19 pandemic, my church lost its building, and the congregation scrambled to find a place to gather. We crammed into homes or met in backyards because no renters wanted to allow groups to gather in their spaces. In a way, the valley took us in. I love it here because I feel that I can more easily connect with God when I am surrounded by nature. Focusing on the peaceful chatter of his creation reminds me of how powerful he is. Today, as I take a deep breath of the crisp, earthy-smelling air, I am grateful to be in the awāwa.

Two and a half miles. That’s how far I’ll hike up to Waimea’s Kalahe`e Ridge. Here I’ll be joined by my friends and family, tools in hand, to continue the task of restoring the āina to its original splendor. Invasive plants brought over from foreign lands threaten to choke out native Hawaiian flora, most of which are endemic, meaning that they do not grow anywhere else. Waimea Valley is home to dozens of these native species. Paying no mind to the inevitable scrapes and bruises that come with the job, we will assist Waimea Valley’s conservation team in clearing out the invasive plants, and in their place drop the seeds of native ones in the soft earth. Working in the dirt will be my small piece in the much larger plan to preserve the valley’s culture and restore its beauty. In this way, I’ll be giving back to a place that has brought so much peace to my life.

Just as it did in the days of the Kahuna Nui, Waimea Awāwa will continue to stand out as a sacred spot on the island of O‘ahu. Conservationists are hard at work preserving native vegetation to keep the valley pristine. In its midst, things are not so different now than they were centuries ago. Locals still worship their god through song, those who enter the valley still marvel at its vastness and beauty, and deep in the heart of the valley the water from the wailele still dances off the slick surfaces of the rocks.

Maria Pou is a second-year student at Kapi’olani Community College working to complete her AA in Liberal Arts. Next year, she plans to transfer to the University of Hawai‘i-West O‘ahu to major in English. Maria is a lover of classical piano, Ben & Jerry’s ice cream, and all things outdoors. In her spare time, she can be found sitting on the beach reading Steinbeck or surfing waves down by her North Shore home.