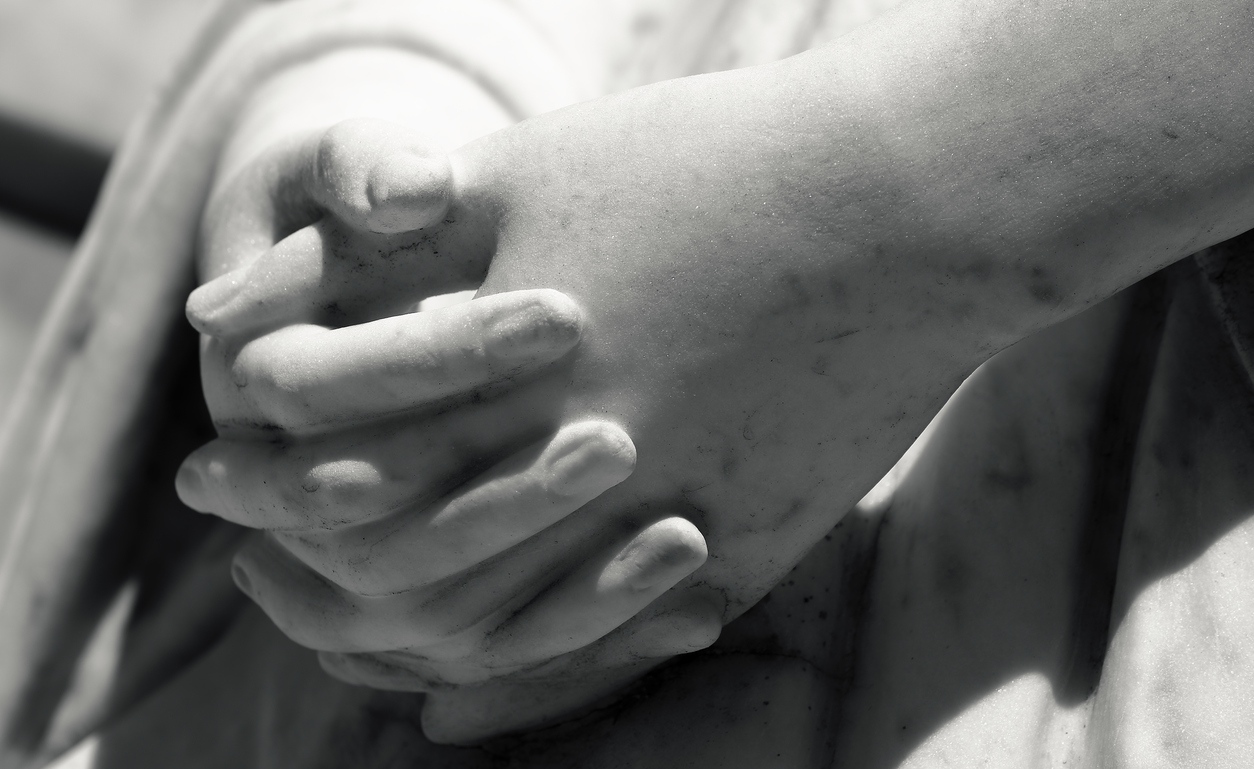 
I watch a man get led by the police through a door, his hands cuffed behind his back. One officer pushes while the other grasps his right shoulder. I am the only one who watches intently. Everyone else in the hospital waiting room glances over before closing their eyes again or reaching for another tissue. The room is squeezed full of people. A woman is hooked up to an IV, her wheelchair is positioned in a corner haphazardly, like someone gave her a push and let her roll. A man turns his phone over and over in his hands, head bent towards the floor, his whole body curled into itself.

Glancing outside, I am faced with windowless cubes of concrete. Why do hospitals so often bear a resemblance to prisons? I draw comparisons to the same feelings of powerlessness, to indefinite sentences until “better”; even the terminology is similar. I wait for my friend, Cece, to be “released” from the medical ward, as if she is locked away in a cell.

We were directed to this hospital by a kind stranger after a desperate search for a medical center. Cece had gotten sick during our weekend in Brussels, her fever reaching 102℉. Unfortunately, Hôpital Saint-Pierre de Bruxelles, or CHU St. Pierre, is a crowded, understaffed, underfunded, public medical facility.

The sky turns from azure to gray as the evening progresses. Worried mothers, husbands, brothers are smoking or talking frantically on the phone, or pacing outside and waving hands. Yellow ambulances drive by, almost indiscernible from the waffle trucks parked around the city.

An abandoned Orangina perches on the windowsill, its tab broken off and aluminum slightly dented as if its owner had desperately needed a drink. I am hungry and thirsty but too afraid to leave in case I miss something. No one speaks my language and while at first this was exciting, now all I crave is familiarity. As I travel through Europe during my study abroad semester in the Netherlands, it is difficult to find moments of peace and a sense of belonging. Earlier today one of these rare experiences occurred. I was exploring the city as Cece rested. While heading back to the hostel, I crossed a small square and entered a church. It was quiet and dim. A man and his young son stood at the end of the aisle, the father pointing out aspects of the architecture and religious statues.

Though simple compared to the Cathedral of St. Michael and St. Gudula that Cece and I saw yesterday, this church evinced a more peaceful feeling. Perhaps the lack of crowds or overwhelming grandeur played a part. I moved past a woman sweeping between the pews to read the plaque next to the statue of the patron saint, St. Catherine of Alexandria; the parish that I had attended growing up was St. Catherine of Siena.

I took in the flowers surrounding the figure of Mary placed on top of an alter, her face serene and young. I have never been a spiritual person, but in that moment, I felt something. A sense of comfort enveloped me and the back of my neck prickled. Maybe this is what my parents experience, what they have tried to instill in me. My breaths shortened and my eyes began to water. It was like my dad was right there next to me. I’ve had arguments with him about religion, but this peace and familiarity helped me to see faith from his point of view. Hope is what people seek when they light candles in front of this Madonna.

Attempting to channel this assurance hours later in the waiting room, I witness a nurse leading another patient into another wing of the hospital where I’m not allowed. I know Cece will be fine—she has the flu or strep throat. Common illnesses. But the environment around me is not comforting. The waiting room smells both like Febreeze and the moldy, suffocating stench of sickness and unkemptness that the sweet scent is trying to mask. There is a crying baby and a too talkative toddler, a coughing man, and a woman with an eye bandage.

The woman next to me has been sleeping this whole time, her Sketchers covered in mud, worn jeans cuffed three times, dirty fingernails. I wonder if she has nowhere else to go. An older gentleman makes his way into my corner with a phone charger. I unplug my phone so that he can charge his. He says something to me in French and I realize he is pointing out that I can plug my USB into his charger. I do so. “C’est bon?” He asks. I say, “mhmm” because I don’t want to draw extra attention to my expatriate status.

The top part of the walls in front of me are stark white, but the lower half is painted a bright yellow, separated from the white by a cheap wooden panel. The corners where part of the wall protrudes and meets the other in a right angle is overlaid with metal plates and screws, as if everything here has to work extra hard to hold itself together. The fluorescent lights are flickering ever so slightly, like the ominous foreshadowing in a horror film. I don’t want this to be my lasting impression of Brussels: strangers, and an empty stomach, a sickly smell, and the evening sky getting darker and darker. I bring my mind back to the church to the soothing face of the marbled Mary, to the sense of familiarity that enveloped me, so far from home.

Lydia Albonesi is a Junior Creative Writing major at Emerson College and is from Ithaca, New York. She grew up writing poetry but has recently discovered her love of the creative nonfiction genre, with authors like Rebecca Solnit and David Sedaris serving as inspiration. She is interested in the topic of gender and sexuality, and reads and dances ballet in her free time.