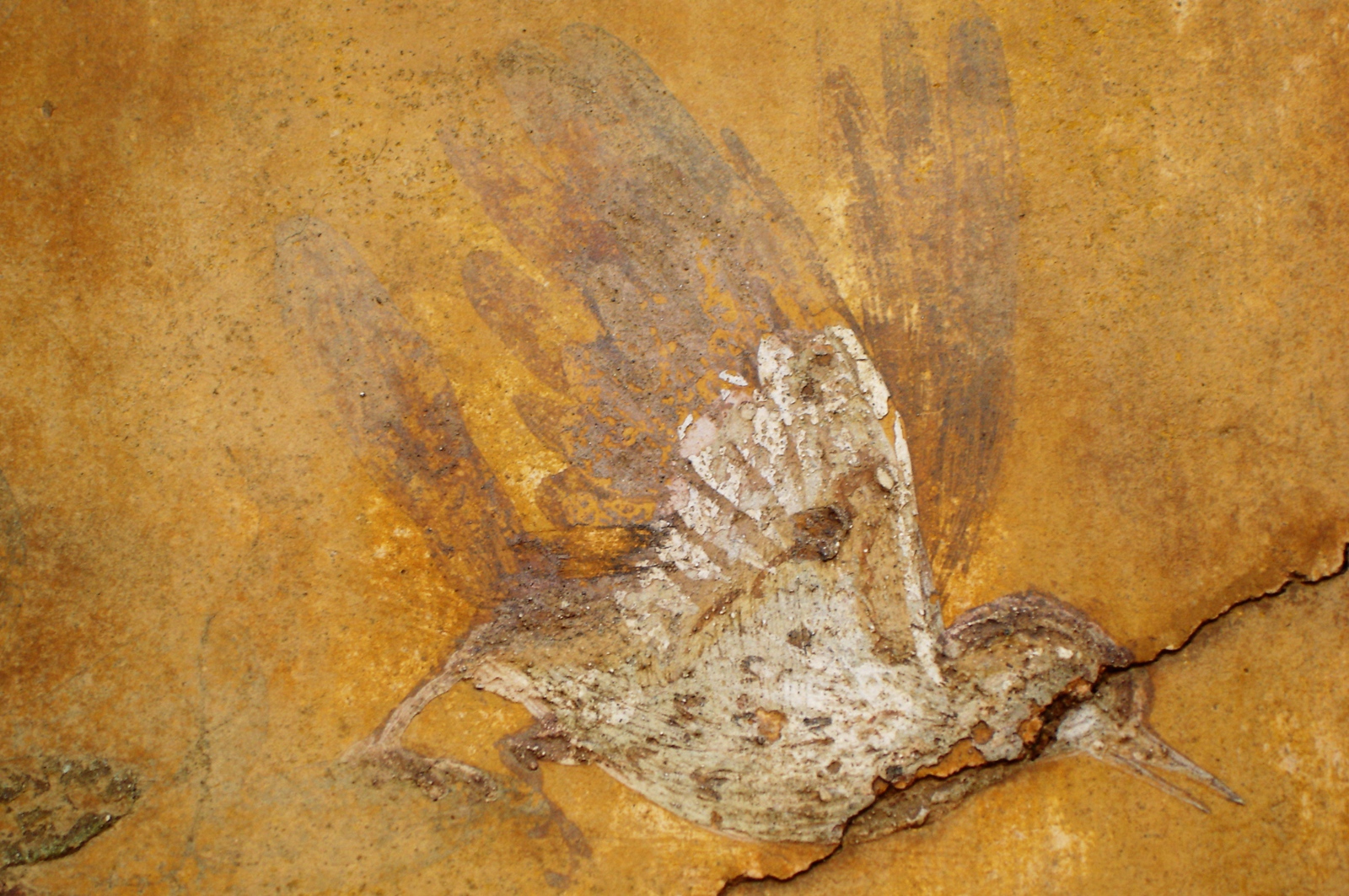 Now the Birds are Dead


In the mouth of the bathroom, I squatted in the cupped acrylic bathtub, ears to the tiles. This was the furthest corner of the home. I imagined myself on an island, my feet soaking slowly in the dirty brown remnants of a clog and wished for some terrible fracture to tear the sides of the shower from the rest of the house. I hadn’t left, yet, that echoing dream where the Earth lurched under my feet, pressed my body hard against the glass screen. The doors slammed open and shut. A light bulb toppled, and we ran barefoot into the streets. Someone heard me, I thought, my chest pounding with a burning joy I’d never felt before, the granting of what felt like such an ancient wish. Somewhere, something listening.

The fences of our apartment complex were lined like jail cells. Sometimes I crouched under the bottle brush trees behind the laundry room, practicing for the day I’d escape into the wilderness. I folded into their branches in the greying evenings, let myself believe I was alone in the vast expanse of cold nighttime and fanned the flames of terror as high as they would go. The fibrous flowers tickled my open skin. I could survive, I’d tell myself.

Once, I toppled off of one while craning my neck over the apartment fence to that mysterious other world. My forearm sliced open. Before my father got home, I lined the wound with leaves, convincing my neighbors’ kids of their mystical healing properties, of which I knew nothing. The cut yellowed and crumpled at the sides. I licked it clean.

I had learned this strange healing from my father, who picked bees off the ground with his bare hands, who seemed to know, from a cursory glance, where each planet was at any given moment in the rolling sky. I was afraid of him. But we all had this twisted magic, I thought—the unifying force of being otherworldly. When I was tragically underweight, eleven years old, he bought me three jars of Chyawanprash: an ayurvedic jelly made of spice and berries, supposed to fill me with a fire.

The apartment next to us filled with a fire, flames vomiting from the windows. The family it housed watched from afar, their past lives burning down, disgustingly close to each other, in an embrace. After the scare, the apartment managers drilled half their trees down. “Fire hazards.” The sky widened across my bedroom window. The branches thinned. I felt as if I were floating.

I was desperate for the Earth to adopt me, to tilt my head back and pour itself down my throat like a healing elixir. I convinced my friends I could talk to squirrels and mice, that when they weren’t looking, birds would sit on my knees and sing to me. When I was eight years old, I wrote letters to the animals outside and folded rice grains into them. They escaped through cracks in the window, with a couple light shoves. I could’ve just set them outside. But it was the secrecy that drew me in—me, trapped behind the wall, begging for help from the only thing I trusted to listen. I was hungry to be accepted by nature, a fragile, distant world, one where I could melt into the soil, or drift away with hollow bones.

When the trees came tumbling down, dead birds fell from the sky like fat raindrops. I took it upon myself to bury them, some sacred ritual I felt I deserved to perform. I scooped every sparrow from the sidewalks and set them in muddy craters, then folded soil over their light grey chests. During aarti, my mother would always tell me to gather flowers in the daytime, not at night, when the birds were asleep. Religiously, I waited till dawn to decorate the graves, as to not disturb their sleep with another sudden death.

The next morning, I would find the burial grounds hollow. Every day, without fail, the birds completely disappeared. My mother would come home, her jacket soaked from the nightly rains, which would dribble into dawn. Whenever my mother sang Ghanan Ghanan, it rained. Her name meant storm cloud, she told me, but it was also the name of a river in India that overflowed when she was born. Every morning, the downpour would trickle off the inclines of the rooftops and fill the craters in the soil. I’d imagine being carried away by a flood.

Being swallowed by the layers and layers of water—the thick glossy sheen of sidewalks and overflowing puddles, I hoped for it when it rained—I was barely able to breathe through the pounding. My father’s name meant ocean. The sky lowering in like a bottlecap. I felt myself drowning slowly, then quickly, swallowed away from one world and into another, a blurrier one, where I’d be much harder to find. Not a good combination, the storm and the sea.

When I was eleven years old, a mother locked herself into an empty room with an infant baby slung over her shoulder. The door had jammed. She didn’t have a phone, or a toolbox, or a crib to lower her daughter into. The neighbors said they knew something was wrong when they saw the two, their faces sweaty and faint, pressed against the wire screen windows, too tired to call out anymore, the frail wintery light of the outside all they had left to look towards, whether someone found them or not.

Devaki Devay is a community college transfer student who has worked as a reporter for two college papers. Their writing centers around child and sexual abuse as well as the experience of those in the Indian diaspora. Follow them on Twitter: poetrypip.

“Now the Birds are Dead” won the 2020 Roadrunner Nonfiction Prize. Guest judge Amanda Fields wrote: “There is a wonderful quality of movement to this essay; just when I get a foothold, it pulls me elsewhere and mystifies me. Through the fragility and drama of the Earth, the narrator conveys grief, loss, and death. These themes unfold through poignant, immersive details. The writer’s voice is powerful, and the turn at the end is stark and beautiful.”

The Roadrunner Review nominated “Now the Birds are Dead” for a 2020 Best of the Net Award.