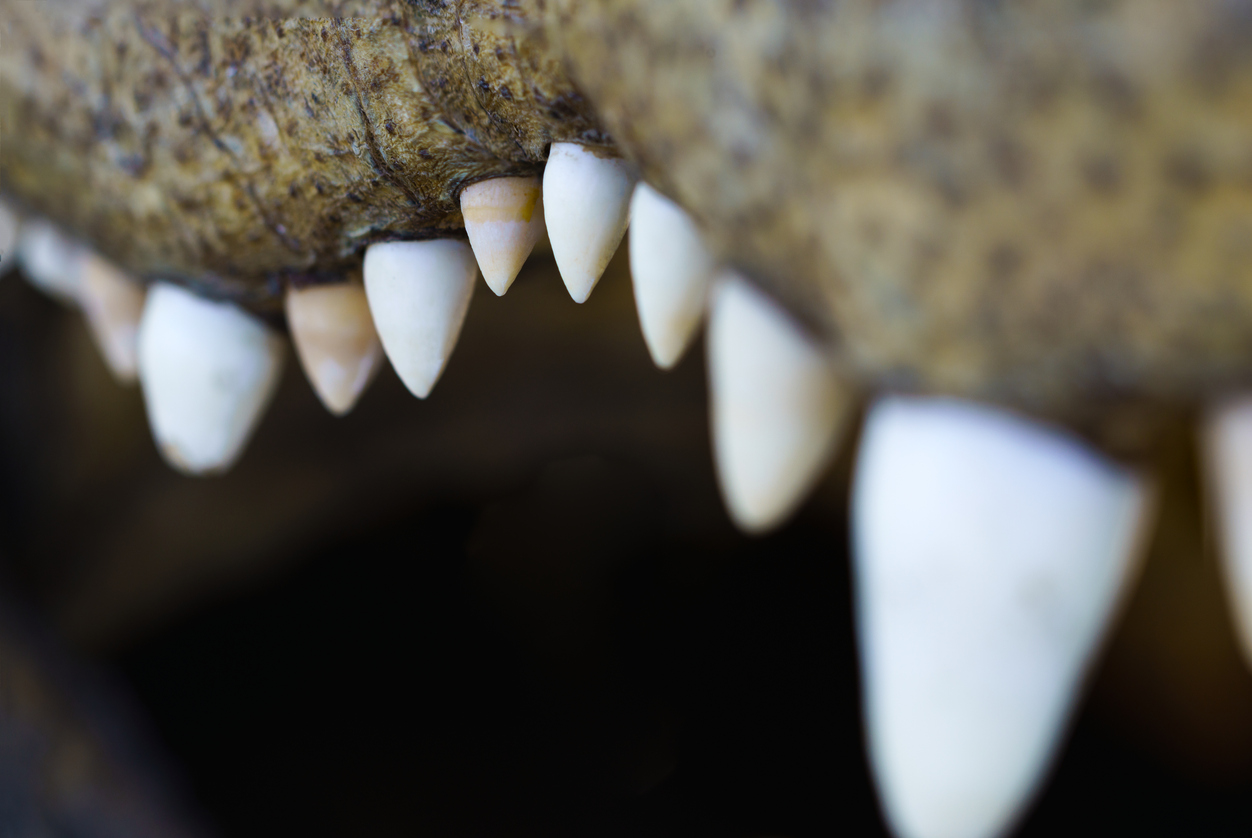 
In the tractor-trailer, carcasses were slung like bloody punching bags. They swung back and forth as Jim pulled them out and were as heavy as punching bags, too. The alligators ate cow on Fridays. The early morning air felt damp and warm. He rolled the cow meat from the truck into the storage fridge—they kept the meat in the freezer for no longer than a week. Jim took turns with Scott every other Friday: either you were a meat grabber or a meat pusher.

As he rolled the gelatin flesh near the exhibits, the alligators opened their eyes. Small, black slits were mindful of him. Their dehydrated lizard flesh soaked up the morning sun. It was supposed to be extra hot today. As he passed the mirrored metal of the freezer door, he caught his reflection—brown hair, brown eyes, and same meaty body, already sweating. It was only 7am. He rubbed sweat from his eyebrow, staining the moss green employee shirt. Four years studying Zoology and Biology and Jim’s unofficial title was meat guy.

Before 9am, when the park opened, and after Jim put the meat away, he fed the other animals. Fruitville Alligator Farm rescued “un-releasable wildlife,” animals given to them by the state. The farm always had a natural humming to it, a rattle. It was a glorified swamp.

The farm specialized in alligators. They congregated at the front gates and entrance, a shallow pool of water, vines threading up the rusting metal. The farm put on shows twice a day, five days a week. Half of the cow would be cut into thirds and used as bait in those shows—hung from a metal wire about five feet from the water’s surface. The alligators were fed only when guests were present. They were nice and hungry by the time the 11am show on Friday rolled around.

Jim’s job title was actually Alligator Handler, and it said so underneath the framed picture in the lobby. Before the show, he switched into a black work shirt. Because it was Friday, the show would be packed. He stood on the gator crowded lagoon beach. Weepy trees were partially sunken into the swampy waters. Beaded eyes peeked up from the still surface.

He wasn’t scared; a microphone pressed against the left corner of his mouth. He always smiled at the crowd seated in the same yellowing bleachers, “Thank you for coming, ladies and gentlemen. We’ve got quite a show for you.” They cheered loudly, and the gators remained stoic, unmoved. None of them had names, but they all had colored tags. This was to help denote hatch-group and gender. Small children were sitting in their parents’ laps. Nervous but excited. He felt somewhat the same every show.

For the first bit of the act, the crowd watched the gators stir from their morning grog. The fresh cow meat was hung on the wire, and the smaller gators gathered beneath it. The large males waited. Jim announced to the crowd that they were now lowering the wire. The water’s calmness broke with a thrashing green tail. Out of the water a gator was like a torpedo. It used the movement of its tail to propel itself towards the meat. Red tag gator Number 5, a youth, opened its jaws with a large intake of air and snapped shut on the cow meat, pulling it straight off the hook. You could’ve heard ribs cracking inside of the carcass, but the crowd cheered too loudly.

After the initial feeding, Jim informed the crowd about alligators. They eat three times a week. They are reptiles. The biggest Florida gator was 14 feet long. Alligators can weigh up to 1000 pounds. There are two types: American and Chinese. Alligators are good at climbing. They will only attack when threatened.

It was at this point that Jim had to wrestle one. He always chose the younger gators. They were feistier and weighed less. The crowd took pictures. He grabbed a red tag, Number 9, and saddled up onto his back in one swift movement. Number 9 thrashed beneath him unexpectedly hard. He may have grunted into the microphone, but was still smiling. Number 9 thrashed further as Jim tried to grip the two halves of its open mouth. He remembered how he had been bitten before, a few times actually. It had been when he had first started, new to the moment of impact, of resistance, of thrashing. Not pleasant. Wrestling was something he managed now, a smile, a stronger grip. A little girl began crying in the front row, and Jim couldn’t seem to get his footing. His thighs were shaking, wrapped around the bloated side of warm Number 9. The gator was at its peak having spent the entire morning sunbathing.

His hand slipped as the gator thrashed to the right. The crowd was cheering, excited when they saw the fresh blood. Jim stood, not thinking, just bleeding. Number 9 tripped him with its tail, causing him to fall backwards near an older male. The older male hissed at him and thumped around to where he’d tripped. His arm was bleeding, and he was unsure if his index and thumb were still there. He could hear someone coming towards him, throwing bait into the lagoon. A co-worker was on the loudspeaker, ushering guests to visit the guest shop, the goose pond, the endangered crane cages. The other gators shifted in the once calm stillness, a frenzy forming around the carcass that still hung loosely on the wire. The slow drawl of a warm morning gave the air a buzz of cicadas and heat, nothing he could hear above the screaming, above the hiss of them.

A shot rang out in the crowd. Somewhere a woman screamed. Number 9 was sedate, limp, and Scott was dragging Jim from the pit. The other gators had retreated to the water, the light reflecting off of the meat hook above them. There was a loud roaring of chatter, the announcement was still playing, Please make your way to the gift shop, the petting zoo, please visit the crane cages. “They’re selling five dollar key chains,” someone mentioned. They were watching Jim; he stirred from a daze, his vision blurred. He screamed out in pain as someone dropped his arms, blood gathered near his forearm, stained the sand maroon.

People took pictures as a co-worker began cleaning a wound the shape of teeth. Jim writhed while they held him down. On a walkie talkie, someone asked for back up. A family walked by, all smiling, the Dad said, “Isn’t that wild! It’s not every day you get to see that.”

Emily Famularo is a current MFA student at Emerson College and lives in Providence, RI. She writes about the in-between and hopes to continue to write, read, and exist.

The Roadrunner Review nominated “When Threatened” for a 2020 Pushcart Prize.