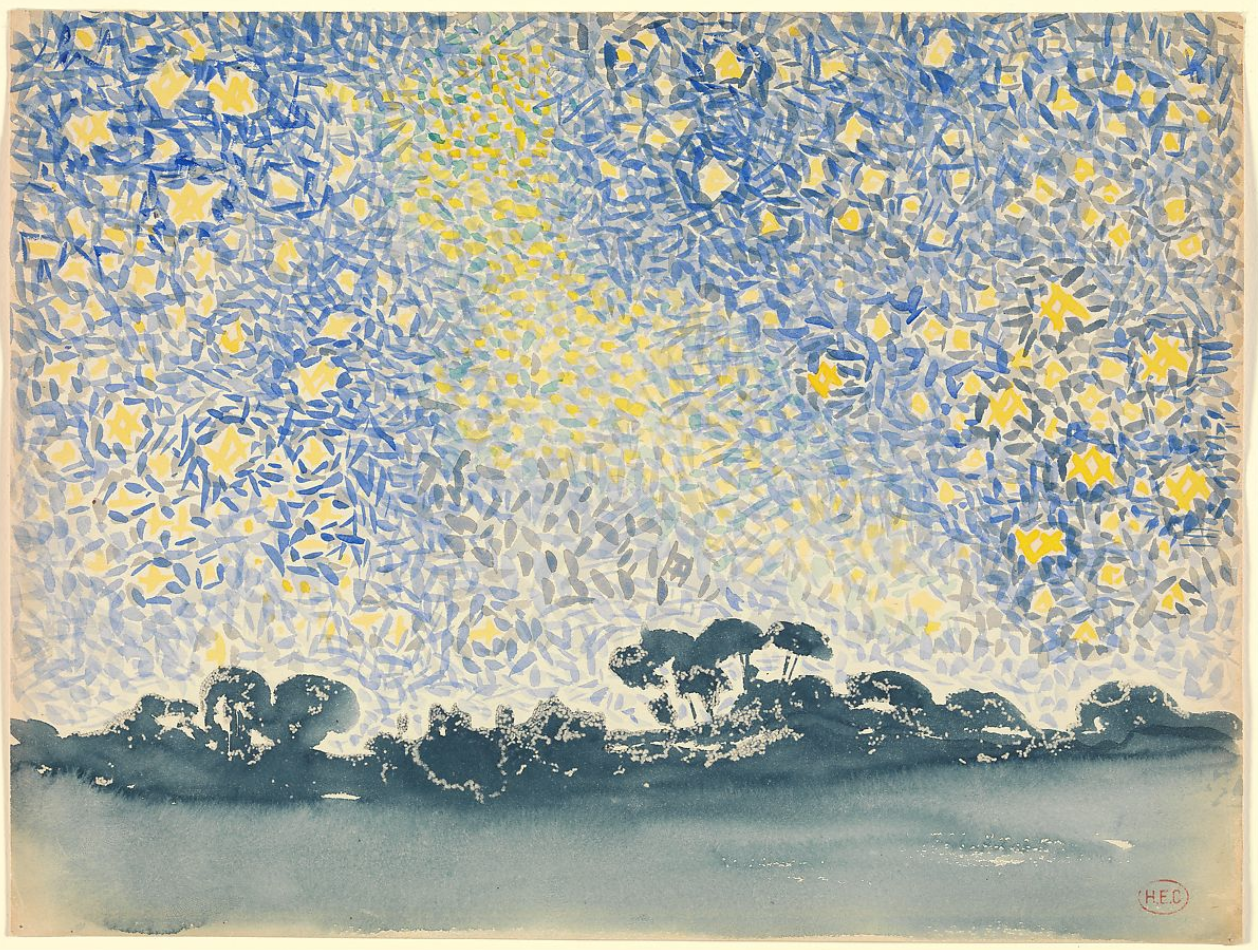 Tomorrow I Have to Take a Quiz on The Unit Circle

“Remi forgot the lighter on the hill,” I tell Ford.

“Do you have a lighter?” Ford asks me. I shake my head no. My fingers are always too sweaty to use one, and then I feel small because I’m the only human in the world who can’t create fire.

Ford looks at her and smiles.

“Yes, tomorrow,” Ford says and then stands up, “I gotta pee.”

Remi and I watch as his body disappears into the night sky. He does not become a constellation, he does not explode. He fades and we hear the sound of a zipper going down.

“What do you think about Ford?” Remi asks me. She lies down and places her head on my round stomach.

“I think I’m gonna marry him,” Remi says and looks up at me. Her eyes are so big. During the day, they are bright green but at night they turn yellow.

I met Remi in the fourth grade. She sat next to me and told me that we were best friends before asking me what my name was. In sixth grade, Remi and I were in the same class again and read “Fire and Ice” by Robert Frost. The teacher then asked us which way we thought the world would end, “In flames or with a chill?”

I didn’t raise my hand, but I knew that the apocalypse would be the color of Remi’s eyes—a green and then a yellow and then boom—nothing at all.

“Aren’t we too young to get married,” I say to Remi. I can feel my stomach rise—I hate it.

“You’re never too young to be in love,” she says and sits up from me. It is a warm September night, but suddenly, I am freezing.

Ford comes back and sits down next to us.

“I’ll stop it,” Remi says and stands up. She starts jumping around and mumbling prays to the sky. Remi is the only one out of us who believes in God. Her tiny frame appears in the air like an apparition. Her arms waving around like shadow puppets on the run from the shadow puppet police. She looks at me and I see nothing except her yellow eyes, and suddenly I am in love.

The sky cracks open like a broken heart and when the rain hits my cheek—I think it is blood.

Livvy Krakower is currently an undergraduate student at UMass Amherst. She has previously been published in Blue Marble Review, The Writers’ Circle Journal, Jewish Women of Words, Jgirls Magazine, and others. You can find more of Livvy’s writing on Instagram @littlepenguinswrite.

“Tomorrow I Have to Take a Quiz on the Unit Circle” by Livvy Krakower was awarded honorable mention in the 2022 Roadrunner Fiction Prize.