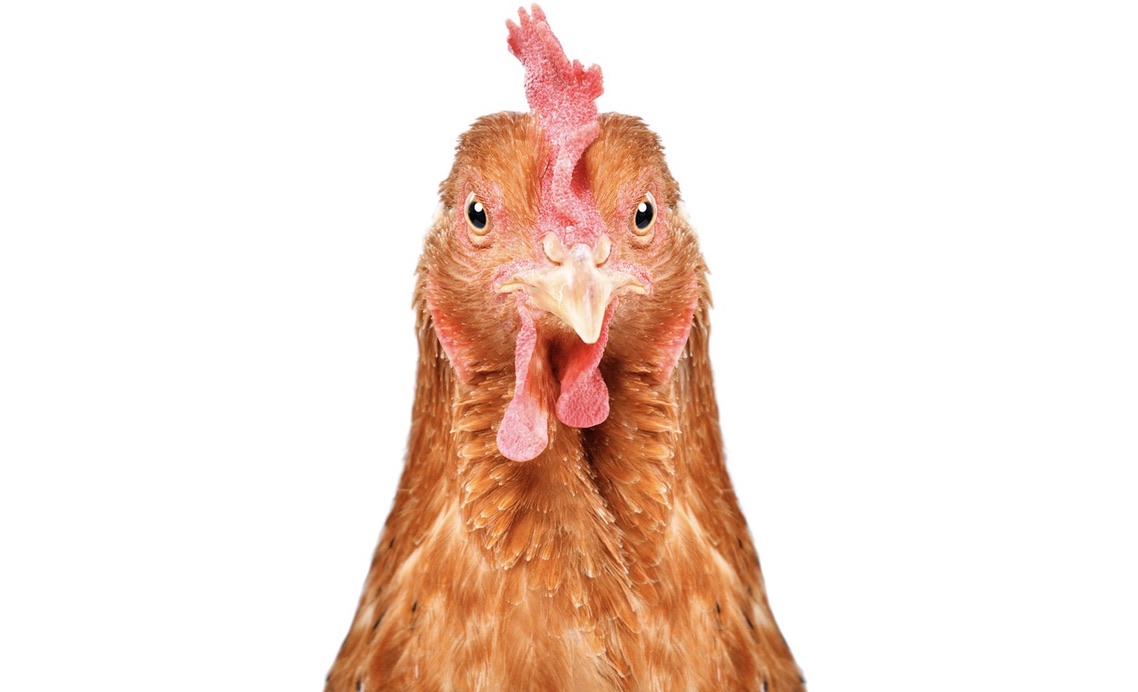 Today I decided to dress like a chicken. I went with the older suit. A classic look. Yellow tights, white body, oversized yellow feet, each with three toes. Narrow at the neck, it expands over the chest and widens past the hips before tapering down to my knees. From certain angles, it looks a like a tutu. A tutu with feathers. The wings rest uselessly on my arms, ending at the crook. The headpiece still fits tightly. The red comb is made from pliable red rubber.

It had been years since I last wore that suit and after so long in the garment bag, the feathers had tangled. I had to preen myself for a half hour before I felt presentable. Then some feathers came loose from the headpiece, and I wasted another ten minutes pinning them back in place. At last I was ready. I strapped on the yellow beak, grabbed my briefcase, and headed out the door.

Naturally, I was late. My boss wanted to know why. I told him that I’d had some trouble with my suit, that it had been a long time in my closet and I’d had to preen and pin some feathers.

He looked me over, nodded doubtfully, and said: Okay, but don’t let it happen again.

I told him that it wouldn’t. I sat down at my desk, set my briefcase at my feet, and turned on the computer.

Everything was going fine until 10:30. At 10:30 I had a presentation with one of the Senior Vice Presidents for a very important client. When the VP saw me dressed as a chicken, he said nothing, as this client had already arrived and was standing right beside him. Still, I could tell he didn’t approve of my outfit. He kept glancing my way, and behind his lips his teeth rocked back and forth.

The presentation went well. My slides were clear, the animation subtle, not too gimmicky. The Q&A showed the client we were really on top of things, that he’d been right to give our company this complicated assignment. After, he stayed to chat. He told us about plans for a new digital platform, how he planned to use it to beat the Chinese at their own game. I should have stayed. Digital platforms are really my thing. Instead, I rushed back to my desk. I wanted to avoid the Senior Vice President and his rocking teeth.  But I wasn’t used to walking fast in the three-toed feet and couldn’t get away. The Senior Vice President caught me in the corridor.

Hang on there, he said. I’d like to talk to you about your attitude.

Others within earshot, colleagues who respected me, lowered their heads, but from the way the sounds in the room halted, I could tell they were all listening.

First, I hear you were late, he said.

Yes, I said, I had to preen some of the feathers on this suit. I pointed to the headpiece. I had to pin some up, too.

That’s the other thing, he said. Do you think what you’re wearing is appropriate for the office? Especially, he added, when we’re meeting with a very important client?

I didn’t think it would be a problem, I said.

Well, it is, he said. You know we don’t impose dress codes here, but we want clients—especially important ones—to see us as professionals.

Then he narrowed his eyes. He stared at me for a long time. Neither of us said anything. My colleagues pretended not to be listening. One picked up her phone and punched numbers but I knew it was nonsense. Another, my partner last year in the three-legged race, tapped the button of his mouse as though keeping time.

Finally, the Senior Vice President left. I watched him walk back down the corridor. About half way down, he turned left into an office. The door closed. I knew from past experience that this was where the Head of HR had her office.

I sat down at my desk, thinking about the presentation. My slides, my animations. How pleased the client had been. How well it boded for future business.

At the end of the day, when the Head of HR finally called, I was still thinking about it, wondering what I could have done different.

Bruce Geddes is a Toronto-based writer. He is currently enrolled at the University of British Columbia. His first novel, The Higher the Monkey Climbs, was published by NON in 2018. His short fiction has appeared in The New Quarterly, Great Lakes Review, Hart House Review, Colombia Post, and others.