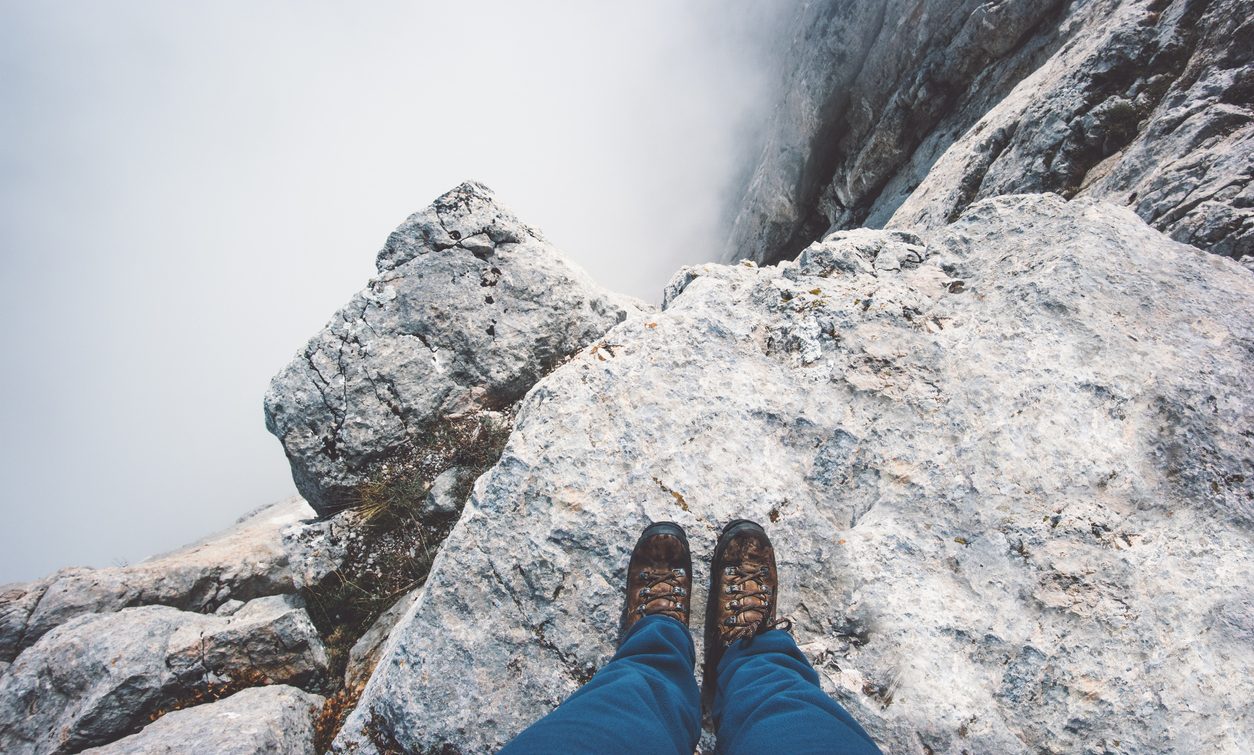 To Err: A Case Study

She
standing on the edge of a cliff

Should I jump?
Why am I here?

If my solid ground starts to crumble, where should I stand?
If no one can be sure about good and bad, how should I live?
If this searching is doomed to be a failure, why bother leaving?

a) A Good Life according to King Solomon
Solomon, the wisest person in history, according to the Bible, defines “the fear of the Lord” as the beginning of wisdom.[4] Meanwhile, he is also the one who mourns that “for who knows what is good for man while he lives the few days of his vain life, which he passes like a shadow,”[5] indicating that it is hard to have a definite answer for what is good. He even openly states the failure of his searching: “then I saw all the work of God, that man cannot find out the work that is done under the sun.”[6]

Solomon, what do you mean?

Fanny Howe advocates, in her essay “Bewilderment,” for “bewilderment as a poetics and an ethics.” In this sense, bewilderment, a condition of constant lost and wandering, should be the way people should live, the way to a good life. James Baldwin quotes a black poet in his essay “A Letter to My Nephew on the One-Hundredth Anniversary of Emancipation” that “the very moment I thought I was lost, my dungeon shock and my chains fell off.” Similar to Fanny Howe, James Baldwin regards being lost as a necessary step to freedom.

Don Quixote, a gentleman who chooses to become a knight errant, to wander. He went away three times and “returned each time in an exhausted state, for the occupation the embraced was strenuous; and soon after his third homecoming he took to bed, made his will, confessed his sins, and admitted that the whole enterprise had been an error, and died.”[7] The death of Don Quixote obscures the attitude that Cervantes holds towards this errant.

Should one follow Don Quixote? How to regard his death?

One afternoon in second grade, she went home and started to do her homework with her friend. They were working on an assignment which asked them to look up words in the dictionary.

“She did it faster than you,” her mom said to her.

Certain moments of self-contempt triggered this errancy that she is in right now: Why do I have no strength to smile at my family while I can smile at the people I don’t care about? Why can’t I be honest when talking with my best friend? Why can’t I let myself get close to a boy I like?

Carrying this self-contempt into college, she spent the first month being depressingly angry: angry at her peers for they were so similar to her, motivated by being successful; angry at the realization that many of them were better than her at achieving success.

“You shall love your neighbor as yourself.”[9]

She joined a Bible study to learn about western culture and to fill her planner with a new activity. This verse stayed in her mind and somehow carved into her heart: she started to find pleasure in knowing about her classmates, in knowing about who they were, not just who she thought they were. This unexpected change brought her to a new place: a place where she started to study, not for grades; where she dared to “waste” her time in wondering about this Bible, this God.

She gained a new title: Christian. The errancy extended ever since.

she started to forget
forget the indicators of high and low, rich and poor
forget her plan for a successful life
forget the way to calculate

And there she is
on the edge of a cliff, another
unexpected part of her errancy.

There are several findings in this study. Firstly, competition served as a major motivation in the participant’s life before her conversion. Secondly, those moments of disappointment in her life are all related to relationship with others. Thirdly, the participate experienced an amplification of her senses after becoming a Christian. Moreover, her conversion seems to be a dominant reason for her present dilemma.

For limitations, firstly, it is questionable whether the reality is true to what the participant has sensed; in other words, it is not sure whether she is situated at a cliff or not. Also, more in-depth research concerning related topics is necessary in order to shed light on this study through a wider range of perspectives.

Where should she go?

[8] James Baldwin, A Letter to My Nephew on the One-Hundredth Anniversary of Emancipation

Wenxi Li is a Chinese student enrolled in Fudan University in Shanghai, China who was an exchange student at the University of Maine at Farmington (UMF). It was in Dr. Éireann Lorsung’s creative-nonfiction class at UMF that Wenxi found the interest and courage to write in English. Both her reading and writing are motivated by the questions she has about language and life. She enjoys reading books about art and philosophy. She writes mostly to give herself a space to concentrate and sort through her thoughts.