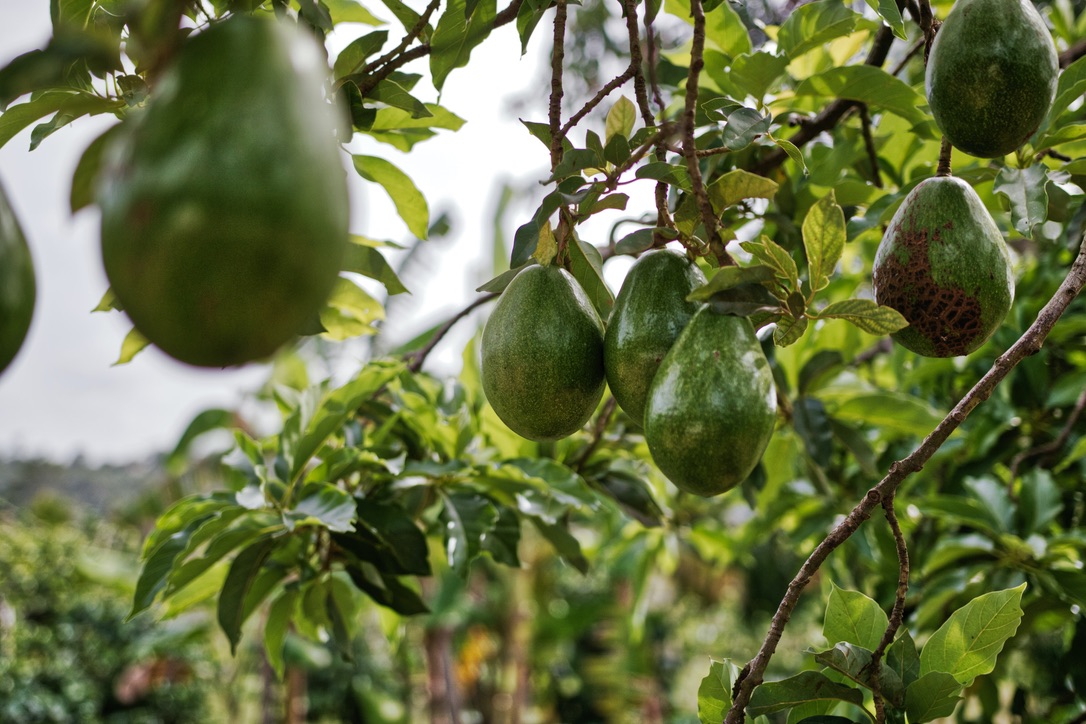 The last time I saw my father was about twenty-five years ago. His house on 820 Cynthia Avenue perched on the top of a small urban mountain situated in the northeast armpit of Los Angeles. I barely knew how to get there and it seemed best to veer left and go up, in second gear, past the taco trucks and loud boom box music of the streets. I parked my Buick past the red Toyota pickup truck he once promised me, now rusting in the field. I thought of what it must be like for him to drive past that truck every day on the way home from teaching.

I was early and my father was late. I came out of the orchard to meet him with a brown grocery bag of avocados: newly picked. His eyes met mine and I saw his jugular vein bulge and his face redden. “You are stealing my avocados,” he said. I felt the sick sinking feeling of my heart unraveling like yarn, down, back to my unhinged childhood of helplessness. What? I thought. Then I lied and said, “They were on the ground.” He said nothing. I tried to speak; the words came out of my mouth and dropped flat in the dry heat of the oppressive afternoon. I said, “I thought it was okay to take some.”

“Why would you think that?”

I thought: this is your house, this is your land, your trees, your avocados and because I am your daughter. But I wasn’t, not in that moment, and not for so many years.

My father beat my mother and my brothers. My mother would shriek, plead, and then there was The Pause: a deafening silence would envelop me, and protect me from the Other. I smelled warm sticky blood. I hid in the grim narrow kitchen cabinet. I held the broom, trying not to breathe. Through a crack in the door I saw my mother’s hand impaled to the wooden kitchen table with a wooden pencil by my father, broken glass littered everywhere.

My father, Peter Parrish, was an Astrophysics graduate student at University of California at Berkeley and had a daughter from a previous marriage. He wore Patchouli oil on his leather belt and he successfully seduced my already married mother by taking her to house parties with philosophers and mathematicians in Berkeley. He told my mother that her given birth name was not Harriet but Heather. He put flowering plants of purple heather up along the staircase of his collegiate communal house.

My mother finally got what she wanted. A baby girl. The marriage ended before it started. He had changed her name, sold her car, erased all traces of her first husband’s residue, and then proceeded to go after what meant the most to her, to destroy her other three children, to break her. The beatings, first one then the other, screams and then silence. I remember my life before the age of five but it comes forth as slivers of pain bubbling up and the hot push of bacteria boluses breaking free. I feel the void, the empty nauseous space of where pain lived for so many decades. I smell the stubborn residue of regret. Blank numb spaces exist between well- rehearsed statements of timelines that don’t make sense and have lost meaning.

I don’t remember why I went to see my father. Maybe it was to patch things up in my mid- twenties, when I came back from the ashram in OR and went to LA. It was in my calendar, held together with a blue broccoli rubber band. He was expecting me. It was before emails were a thing. Maybe he had written one of his long letters in cursive on thin paper folded into four sections that sprang open like an accordion. The edge of the creases were crisp and were pushed flat with a letter knife.

I had seen the trunkful of old Kodachrome photographs. All of the photos were of me smiling and laughing. I remember now the occasion was my father’s fiftieth birthday party with about seventy people milling around with Cajun music projecting out of tiny strategic speakers throughout the property. Since I was not drinking the beer and tequila, nor was I interested in dancing with men twice my age, I ended up in the living room where my father showed me his trunk with photos. I kept sifting through the photos. I was puzzled. I kept searching through the photos which were faded from the sun.

The music pounded and women twirled by with colorful skirts and long hair, coming in and out of the house through the open sliding glass door that led out to the sun-baked patio. There was nowhere to escape but in the photos. I ended up in the living room, safe from the noise, booze, broads and the relentless sun.

I was in every photo with freckles and big perfect teeth. There was not one where I was not present. How could that be? There was no single perfect photograph, they were all perfect. My father was the one who took all the pictures of our family. He was the one who was in charge of documenting my childhood.

I was too afraid to take a photo with me. I couldn’t pick one anyhow. I would have to ask permission. What if he said no? I wanted to keep one, but which one? I was conscious of how long I was looking at them. I closed the lid and walked away. Later I asked my mother, Was I a happy child? “Yes,” my mother told me. “You were the most beautiful baby. I told them they must have been mistaken. You were too beautiful to be mine.” The trunk sat in the middle of my father’s living room, where he put his feet up from the deep couch. I thought of him sitting there, lording over his ability to procreate and have two daughters and three wives, his patents in physics, his doctorate in astrophysics, and his ripening avocados.

Capella Parrish writes from the underbelly of life. Obviously she turned left instead of right and she found out the hard way that she had to touch the stove to know that it was hot and got burned as a high class escort, prostitute, stripper NYC dominatrix, firefighter EMT and medic student. She writes about mental health and social justice through the lens of her rural one block neighborhood which has become an unpublished memoir and collection of short stories called “Still Standing.” Occasionally she writes creative nonfiction poetry which is a stretch for her but she enjoys the burn of forced constraints. It comes out with the ease of a black gel pen that grips onto the hand sewn pages of an Oxford composition book. When it is written it is not overly edited, first words are usually correct. She doesn’t know how to type, so the finished page has already been hen pecked to finality. She writes because it is cheaper than therapy. It serves her readers because she exposes herself for public scrutiny, just as a performance artist bleeds in public, her voice is raw and unfiltered. She writes without judgement and lack of self pity. She is a second-year MFA CNF student with an emphasis in Narrative / Poetic Medicine at Dominican University of California.