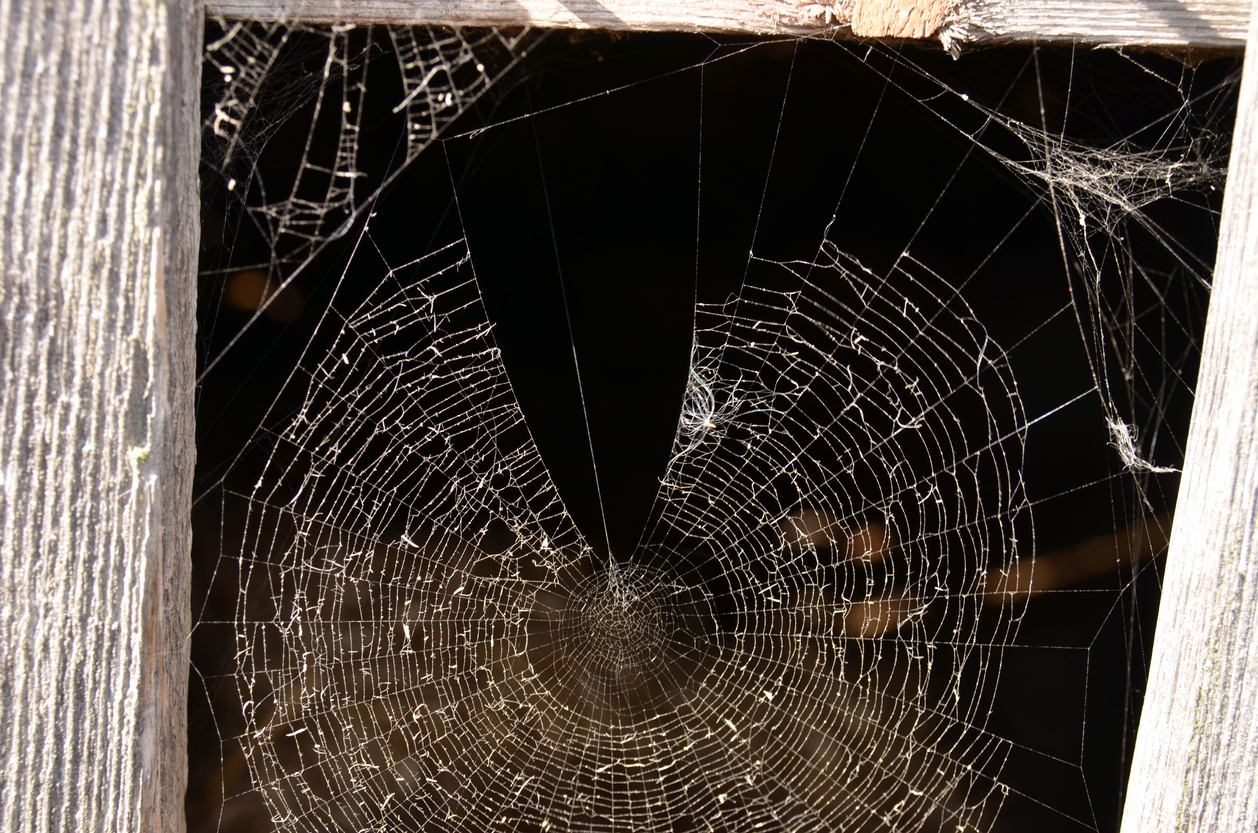 In the corner of the barn, there is a spider’s nest.

She finds it when her breath against the window stirs it, and hundreds of tiny bodies, flung loose from the breeze, flail their legs as they fall.

They are such small things, hanging from their invisible strings. Small and delicate. Upon a second glance she notices some already dead, curled up in the many strands of their family web, holding them as a coffin would.

In the face of these little deaths, she wonders absently if she could catch a bug for them. It would be easy for her to bring life to more of those tiny bodies with a larger dead one, use her blunt, oversized fingers to spin those tiny threads dizzily around the creature, making it a veritable feast for the little ones.

She banishes the thought from her mind as a cruel thing—what human would want to feed a predator its prey, to lie at its feet and allow itself to be devoured?

The barn cat meows from nearby, and she is struck with the thought of what he feeds on. The stench of fish in the cat food, curling into her nostrils, was more of an annoyance than something to give thought to.

The next time a fly finds its way into the house and its desperate buzzing against the windows becomes enough of an annoyance to any reasonable human, she plucks it from the window; crushes it in her oversized, fleshy fingers.

When she wraps the body in the web, an errant leg still twitching, the spiders flee from her touch. But she knows they’ll be thankful for it later.

A.N. McQuillan is a so-called human who lives in Washington and likes to write about other humans. He currently attends The Evergreen State College pursuing a BA in Literary Arts.

The Roadrunner Review nominated “Spider’s Nest” for the Best Microfiction 2021.