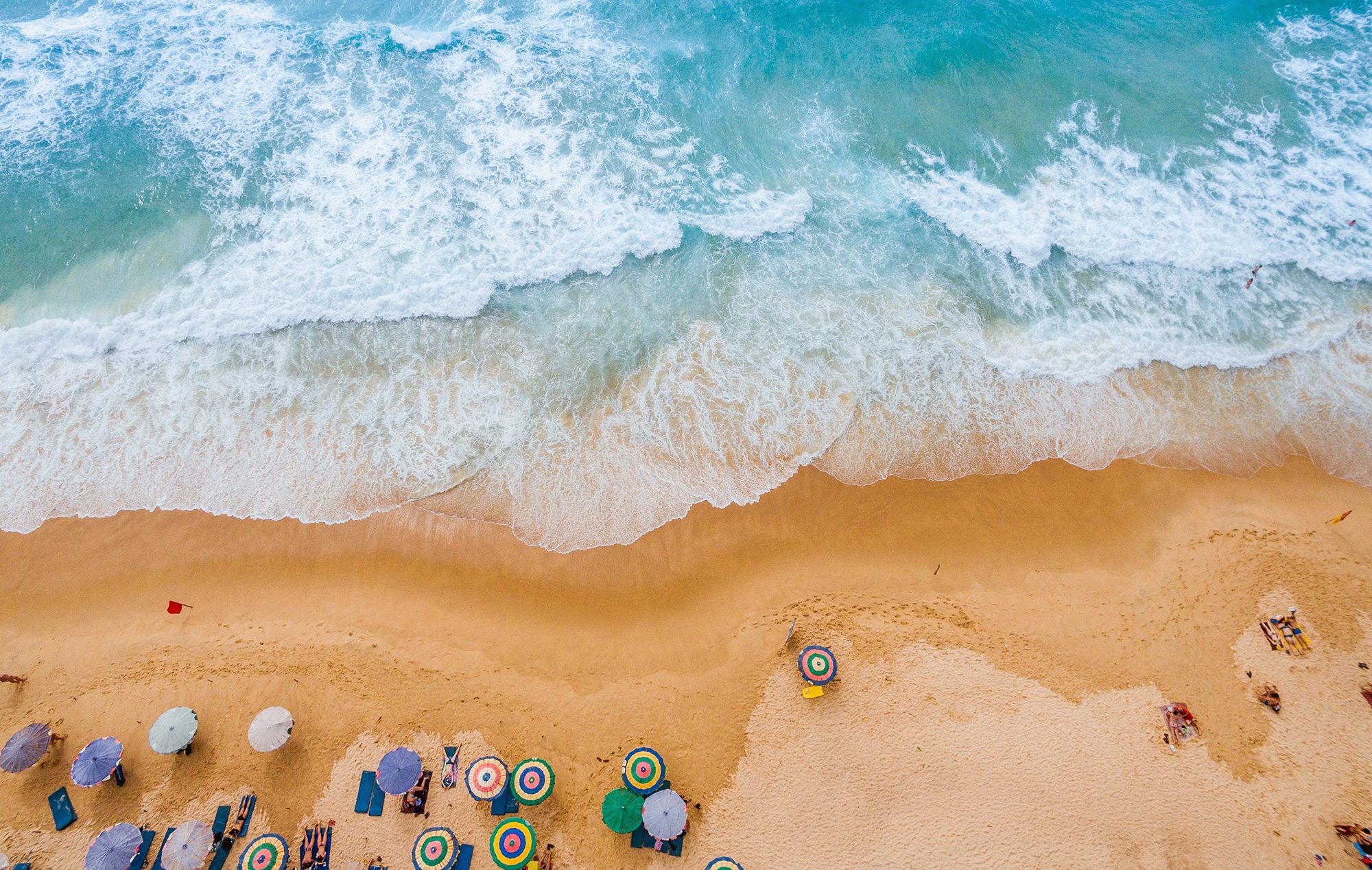 The first day of their Michigan-coast honeymoon, on a hot day mid-summer, my parents both fell dead asleep—my mom on the beach, sprawled on a towel, my dad on the bed in the room.

These days my parents sleep in different beds, she in the bedroom, he on the sofa with the television on because of his insomnia. I don’t want to keep your mom awake, he’s told me, but she’s told me that she wishes he’d stay next to her.

My mom’s sunburn after that June day was so bad that she illustrates it by holding her fingers to her hairline and pulling her skin away from her face, stretching her mouth and cheeks like drawn leather. I had a fever, she says, and then it started peeling, and I swear I looked like I had leprosy—people would double take, waiters would wince—I just wanted to be a glowing bride. Your dad said I was still beautiful, she adds, unconvinced.

In their wedding photos, my dad looks dazed and too young for marriage, slender and smiling in a distant way. He wears a white tuxedo and a pink cummerbund.

I can’t explain how tired we were, my dad says, remembering how deeply they slept. I’d have woken her up, gotten her out of the sun, but I was unconscious. You’ll understand the day after your wedding, he says, and I do, though my wedding takes place during a blizzard, in a flurry of swirling snow. Our honeymoon, too, is coated in ice, the first sign of cold on the island for 35 years. The palm trees outside our window are chandeliers, encased in crystal.

My mom is allergic to sunscreen. If she hugs anyone wearing it—an aunt, a cousin—the skin of her neck and her cheek will bloom with hives.

Skin cancer runs in my dad’s family. He, a former lifeguard, has had countless patches of skin carved away by dermatologists with scalpels, his back like the surface of the moon. Even with these scars, he rarely wears sunscreen. I’ve never seen him ask anyone to help him apply sunscreen.

My husband has two dermatology scars on his back, one which healed red and raised because he went whitewater rafting shirtless before the stitches were removed, another which healed pale and smooth because he allows me to smear SPF 50 on it during critical months.

I always had to wear sunscreen, could never touch my mom while at the beach, the pool, a picnic.

My sister looks like my dad, fair-skinned and full-faced, and nothing like my small, dark mom. She growls and snaps and clenches her jaw, does not like the texture of sunscreen, does not like a lot of things.

One spring break, we spent a day on the beach, crashing into the waves with our boogie boards. By the afternoon, she bloomed red, and we realized she hadn’t put sunscreen on. I don’t like how it feels, she said.

I remember her lying on the white comforter of the hotel bed, her skin inflamed, likely feverish, blisters appearing on her forearms. I imagined waves of heat radiating from her arms and distorting the air. Shut up, she hissed, while I stood there, watching.

Another beach trip, when my mom insists on sunscreen, my sister stays in the car. I didn’t even want to come to the beach, she says, though we’ve been planning this trip for weeks, just us girls.

It’s her decision, my mom says when I try to convince my sister to join. So my mom and I make sand castles and look for Petoskey stones and wade on the sandbar while my sister sits in the car, her arms crossed. I can tell it’s difficult for my mom to leave her there.

If my dad were with us, he would take my sister to an ice cream parlor or to a store with air conditioning. He doesn’t really like the beach.

After checking on my sister a third time and finding that she’s drifted off to sleep, her expression smooth against the seat fabric, my mom and I walk down the beach toward the red lighthouse. We find shells the size of coins, some white, some pink. We turn around when our calves get sore. The water is clear, the breeze off the lake cool and reminiscent of glaciers. It lifts the heat from my skin, bears it away, over the bright dunes and gone.

Hannah Ford is a creative writing and first-year English instructor at the University of South Carolina, where she is pursuing her MFA. She serves as Fiction Editor for Yemassee. Hannah’s writing is currently interested in the relationships between parents and their children; she is working on a linked set that explores this topic. Hannah’s fiction and nonfiction work has appeared in Lunch Ticket, Sawpalm, The 3288 Review, Jonah Magazine, Lipstickparty Mag, and elsewhere.

“Skin” won The Roadrunner Nonfiction Prize. Judge Kevin Fenton wrote:  “Skin” is remarkable for its vivid details, its searching voice, its deft empathy, its surprising connections, and its restrained mystery.

The Roadrunner Review nominated “Skin” for a 2019 Best of the Net Award.