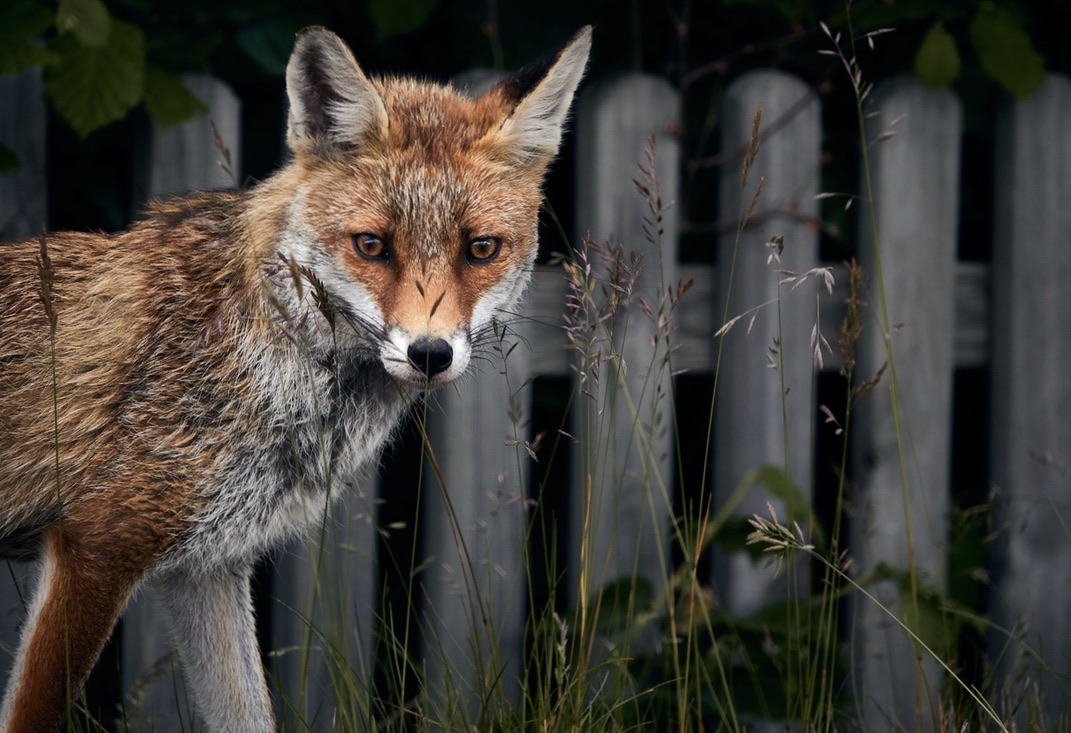 “Are you the Fox Man?” a little girl dressed as a pink Power Ranger asks my father. She stares at him over the large bowl of Halloween candy he holds in front of her.

“You’re lookin’ at him,” he responds, proudly.

When my mother texted a day ago saying Dad was bitten by a rabid fox, I figured she was joking. She’s been known to send bizarre messages as bait, luring me to pick up the phone and give her a call. But I was wrong. She answered from the emergency room where my father was receiving a slew of shots. When I see my parents in-person the next day, I ask my dad how the hell this even happened.

“Well, I guess curiosity got the best of me,” he shrugs. “I was in the backyard chopping wood and saw this fox up on the hill. I wanted to get a better look at it—beautiful creatures, you know? So, I tried to get closer, but then it charged me. Knocked me to the ground!”

When Dad started screaming and my mom ran outside, swinging her arms around in panic, the fox fled the scene and charged its next victim: a high schooler out for a leisurely jog. The fox latched onto the sole of the kid’s shoe, and a neighbor came to the rescue with a shovel to put the poor animal out of its misery.

A self-described hypochondriac, I’m shocked this ordeal hasn’t sent my father to the deathbed he takes to once a month. The common cold has led him to rewrite his will. But instead, he’s basking in newfound fame. The entire neighborhood has heard the story of my dad’s attack, and people line up on Halloween to speak with him. He has refined the story and now tells it as if from a script. Over time, he adds two lines to the end for…shock value? To remind everyone he’s a liberal news junkie? I’m uncertain.

“I’m just upset being in the ER all day messed with my plans to dress up for Halloween,” he says, pausing before the punchline. “I was going to dress up as the QAnon Shaman!”

If the neighbors are anything like me, they’ll Google the QAnon Shaman later to refresh their memories. Google will quickly produce images of the tribal tattooed man who stormed the U.S. Capitol wearing a fur hat and horns. The skin above his scraggly beard is painted red, white, and blue and he carries an American flag as if it’s a weapon. In most photos, he’s howling towards the ceiling like a wolf you’d see on the front of a Walmart t-shirt. He manifests everything my father despises about America.

Neighbors pat Dad on the shoulder throughout the evening and tell him they’re glad he’s okay. His phone rings every five minutes with another long-lost friend calling; it seems the entire East Coast has heard the news. He sits on the front stoop with a huge grin revealing his crooked front teeth, cell phone in one hand and bottle of Sam Adams in the other. More neighbors appear and chitchat with my mom while they wait for the man of the hour to hang up.

“Tia, I gotta go,” he says into the phone. “More fans have arrived. Hey, guess what I dressed up as this year?” He pauses. “The QAnon Shaman!”

He stands up and walks toward his admirers, suddenly with a limp, rabid for more attention.

Jessie Walker is a non-fiction writer currently based in Baltimore. She received her B.A. from the University of Richmond and is pursuing her M.F.A. in Creative Writing and Publishing Arts at the University of Baltimore. Jessie is a swimmer, wife, cat mother, educator, and lover of anything that makes her belly laugh. Her work has appeared in Black Fork Review, the Under Review, Invisible Illness, and other publications. Find out more about the author at jessieodeawalker.com.

“Rabid” was awarded honorable mention in the 2021 Roadrunner Nonfiction Prize.