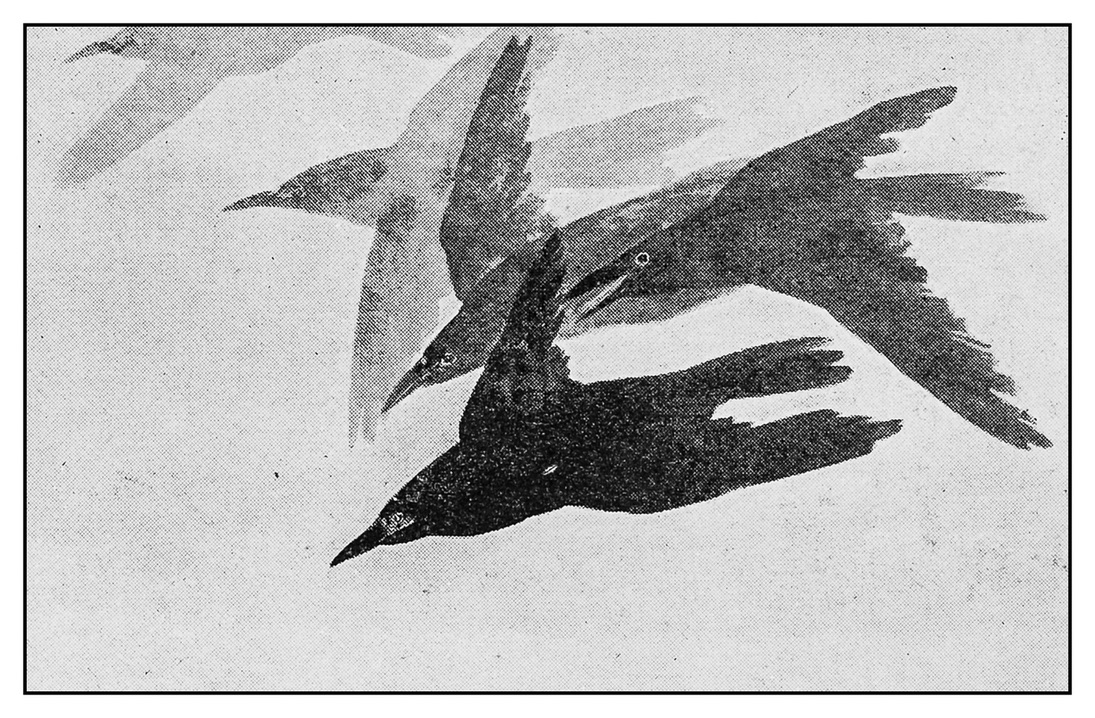 My daughter used to be a picky eater. She poked at the food piled on her plate, and after examining it closely, she pushed it away. I tried everything those parenting websites suggested. Even tried bribing her with treats. In doing so, my own diet became awful, and I started to look less like myself. So did my daughter. She got bony. Disgustingly angular. A mother should love small gestures of closeness with her child, but when mine tried to climb into my lap or hold my hand—I’m embarrassed to say—I would step away or cross my legs. Her bones cut into me when we touched. She was like that when I was pregnant. Sharp. Painful. She had been a small baby. Even smaller as a little girl.

In a fit of anger one night, I shouted at her. I was having trouble sleeping; she had started sneaking into my bed, waking me. She was always there. Had to be. Refused to give me a moment alone. It was like she was forcing me to see her get thinner. I yelled at her—I don’t remember much of what I said, but she remembered all of it. Clung to a few words in particular.

“You are what you eat, which is nothing.”

She started eating after that. She had energy now. She climbed into my bed less often too, and if she woke me, she was gone by the time I got up in the morning. I started thinking that maybe she was becoming normal. I mean, she had always been so odd, and I worried that she would never find a way to fit in, but she changed. Looking back, I’m disgusted to think that I was grateful.

Mrs. Hallenday, my daughter’s teacher, and the principal, Sister Mary-Helen, called me to her school one day. They wanted to talk about an incident involving my daughter. They had tucked my child away in a classroom somewhere with some coloring books and the school nurse. They had brought in a psychologist. Ms. Hallenday and Sister Mary-Helen told me that my child was very special and was showing true promise in the classroom. Then we all waited for the psychologist to talk.

The doctor told me that my daughter had started biting her classmates. I turned to the faculty and asked if a psychologist really needed to be here for a child who was biting. But the doctor explained that it wasn’t like other children’s biting. My daughter was drawing blood, leaving deep marks. She said she had spoken to my child, asked her why she was doing it, biting the other kids.

My daughter said the girl she had bitten was pretty, that she wanted to be pretty too.

The psychologist gave me a small white card and said she wanted to keep talking to my daughter. Sister Mary-Helen asked me to keep my daughter home for the next couple days. When I went to the classroom to pick her up, there was still blood in her hair.

She talked the entire ride home about what she had learned in school that day, never once mentioning the little girl. The psychologist’s card sat on the dashboard and reflected in the window. Always in sight as I watched the road.

They had learned about birds that day—why they fly, that they lay eggs, and that they have feathers. I was so wrapped up in trying to unscramble the name and number on the card through the glass that I barely gave more than short responses to the little girl in my backseat. I nodded along, thinking about the blood in her hair, talking as mothers do when their children drone on about nothing.

Yes, I think that flying is amazing.

All the while thinking of how that little girl must have screamed.

We stopped at the park. I needed some time to clear my head and there weren’t any children there since school was in session. I sat on a bench, watching absentmindedly as she dodged in and out of sight within the playground equipment. She was pretty. Her response, ringing in my ears, made me sick. As did that image of the little girl with my daughter latched onto her arm. The blood. The oozing blood.

I then realized she was gone. My daughter had ducked behind a tree and never come out. I called her name, but there was no response. In a panic, I raced towards where I had last seen her.

I stopped when I could hear it.

The suckling noises like the ones she used to make as a baby.

The sloshing of something thick and wet.

I didn’t want to see her. I was so sure that, in that moment, I could just turn and walk away. Keep walking until everything was gone. Instead, I peered around the trunk of the tree.

She sat in the shadows, a bird—still trying to squawk—grasped between her small hands with her teeth sunken into its spine. The wings fluttered around her cheeks, desperate attempts destined to fail. She looked up at me with her round eyes, blood pooling in her mouth and dripping down her chin onto her school uniform.

I could barely utter her name. It didn’t suit her. She wasn’t the child I gave that name to anymore.

She pulled the bird away from her mouth, spitting out the bones and feathers.

“I thought you said you loved birds. I wanna be a bird,” she croaked.

Cole Hediger is a nonbinary film student at Temple University. Their work has been previously published in Fever Dream Magazine and Sunstroke Magazine. Their work is also forthcoming in Vast Chasm Literary Magazine.

Fiction Judge Travis Chambray writes: “Striking and gothic, Picky Eater shows through a mother and daughter’s relationship the consequences of carelessness. The story is finely structured, with swift characterization and foreshadowing leading to the unforgettable image of the story’s climax.”