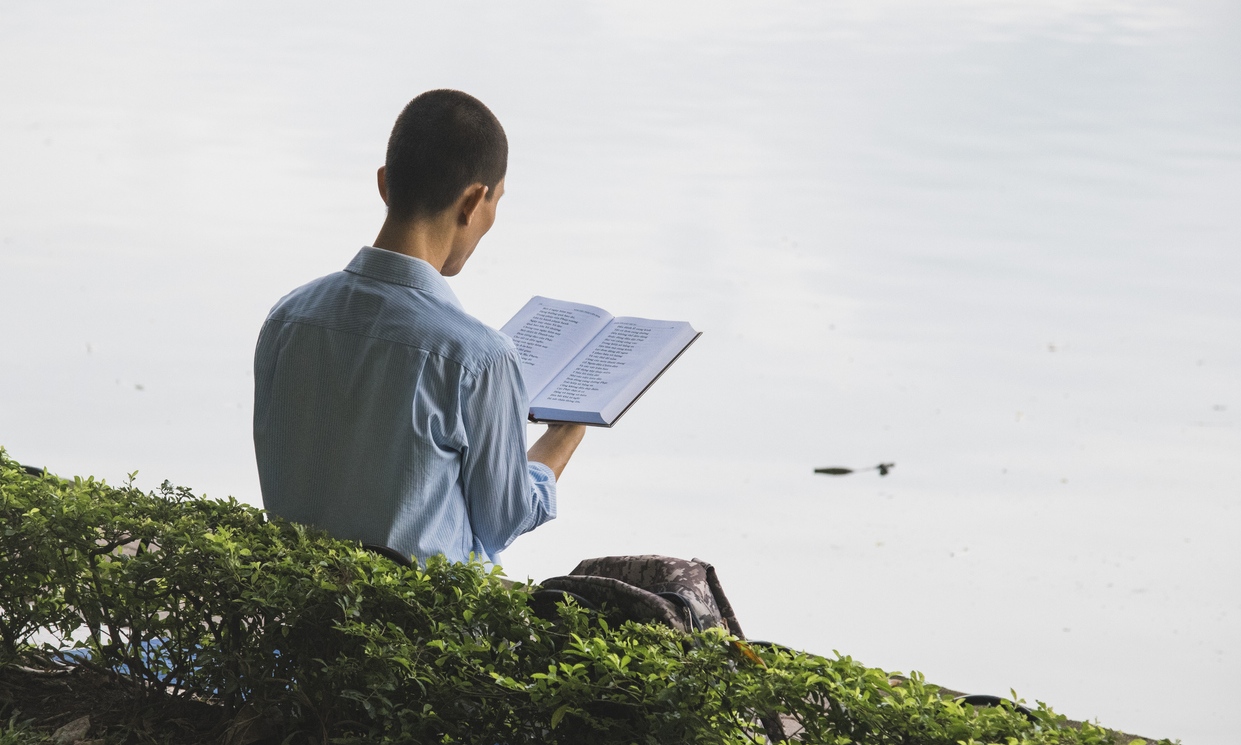 Look at This Young Foreigner

When he arrived, the customs officer asked “What
course are you taking here?” He replied “Philosophy,”
feeling relieved the officer didn’t test
if he could name the author of Metaphysics of Morals
because he might mispronounce Kant as Can’t.

When he visited the hospital for the first time, he told
the nurse that he felt pain here,
here, and here. Instead of listing the medications
he had taken, he emptied his backpack, saying “This
and this.” To emphasize the seriousness,
he added, “I think I’m dying.”

When he needed to argue with a customer service
representative, he chose not to.

When he needed to dine out, the preference
was McDonald’s, whose menu looks lucid
without many mots français.

When he fell over, he fell like other people do;
when he played Pokémon, he did better than the average.

When he reads his own poem, gentlemen, he sounds
so indifferent that you may mistake the lines
as written by someone else.

Q.M. is from China and currently studies at the University of Edinburgh, UK. His poems have appeared in Constellations, Lucky Jefferson, The Holiday Café, Scribendi, and Blue Tiger Review, among others.

“Look at This Young Foreigner” was selected as a finalist for the 2020 Best of the Net anthology.

The Roadrunner Review nominated “Look at This Young Foreigner for a 2021 Pushcart Prize.