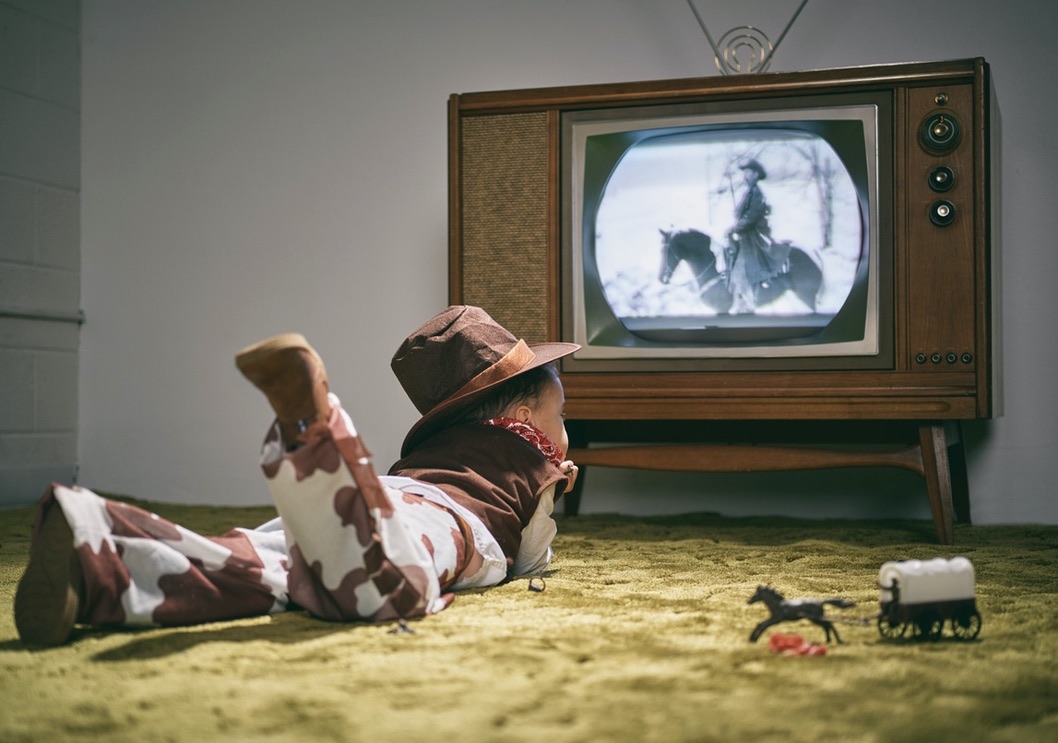 The congregation at the First United at first thought Marjorie was a widow because Dean never showed up to church. I always thought, that poor kid, the little one in the cowboy hat. We used to call him Lonesome, like a lonesome cowboy, and we told Marjorie it was because that boy of hers looked right out of a Western. In truth, it’s because he looked plain sad. I didn’t find out he had a daddy till one day he was running around the back of the fellowship hall with his popgun making all kinds of awful noises.

“Where’re your folks?” I yelled, not thinking. It’s what I asked all the kids when they were out there causing ruckus.

“Mommy’s in the chapel,” he said. “And Daddy says everyone finds the Lord in different ways, and his way is home alone.”

He pressed the trigger on his popgun again and I couldn’t help but wince. I asked him if maybe he didn’t want to be a shooting cowboy. Maybe he wanted to be a singing cowboy instead.

Marjorie’s kid was a boy in the shape of a lollipop, his face all round and globular, but the rest of him long and slender like a thin paper stick. Everyone said he looked just like his daddy, but he really looked like my kid sister, the sister who decided to stop being a kid the day she met that lieutenant at the Saturday matinee. Their boy always held my hand when we walked through the A&P, his big cowboy hat tied under his chin with a little piece of string.

I stopped right there in the middle of the store and frowned. “No, kid, don’t say that.” I told him. I made him let go of my hand. What else was I supposed to do? I loved that boy too, but I didn’t want to be his best friend.

“Tell that to your daddy.” Then I had to turn away. You look into his eyes too long, it aches. It’s like staring at a big sky of stars, the way Marjorie’s looked before she met Dean and tossed all those stars away.

Dean didn’t know I was having him when he left. Heck, I didn’t even know I was having him. I found out when I was a few months along, when I couldn’t quite button the back of my dress, and Miles was real upset about it. But I was nineteen and grown, what business did he have telling me what to do? He told me I needed to write to Dean, and I said no, that he’d find out when he got back.

Oh, I still wrote other things to Dean, about love and forsythia trees and cornfields and missing him, but I didn’t tell him anything else. I think part of me worried if he knew, he wouldn’t come back. So, I just kept it hush-hush, got a bassinet, bottles. Used to listen to Roy Rogers records every time I felt him kick. They say there’s something to that, maybe that’s why he wanted to be a cowboy so bad. I’d like to think it’s ‘cause his dad was somewhat of a cowboy himself, fighting bad guys while his little boy learned how to walk across the floor. Or maybe, Miles thinks, because he’s still my big brother and thinks he knows everything, it’s because when he got a little more grown, there were just so many darn Westerns in the theaters.

I hated the sound of popguns. They made me think too much of the war. I told Marjorie she should keep the kid outside, but it was raining today, hard. I was trying to read the news.

“Who’s the bad guy?” I asked, and I looked at my son, some stranger. The boy laughed at me like it was the funniest question he’d ever heard. “Who is it?” I asked, and he aimed the popgun at my face. It was just me and him in this room, and the rain on the roof-shingles.

Emily Clemente is a senior at the University of North Carolina at Chapel Hill studying English & Comparative Literature. Her work has previously been featured in literary publications such as Every Day Fiction, Talk Vomit, and Microfiction Monday, and is forthcoming in Carolina Muse and Deep South Magazine.