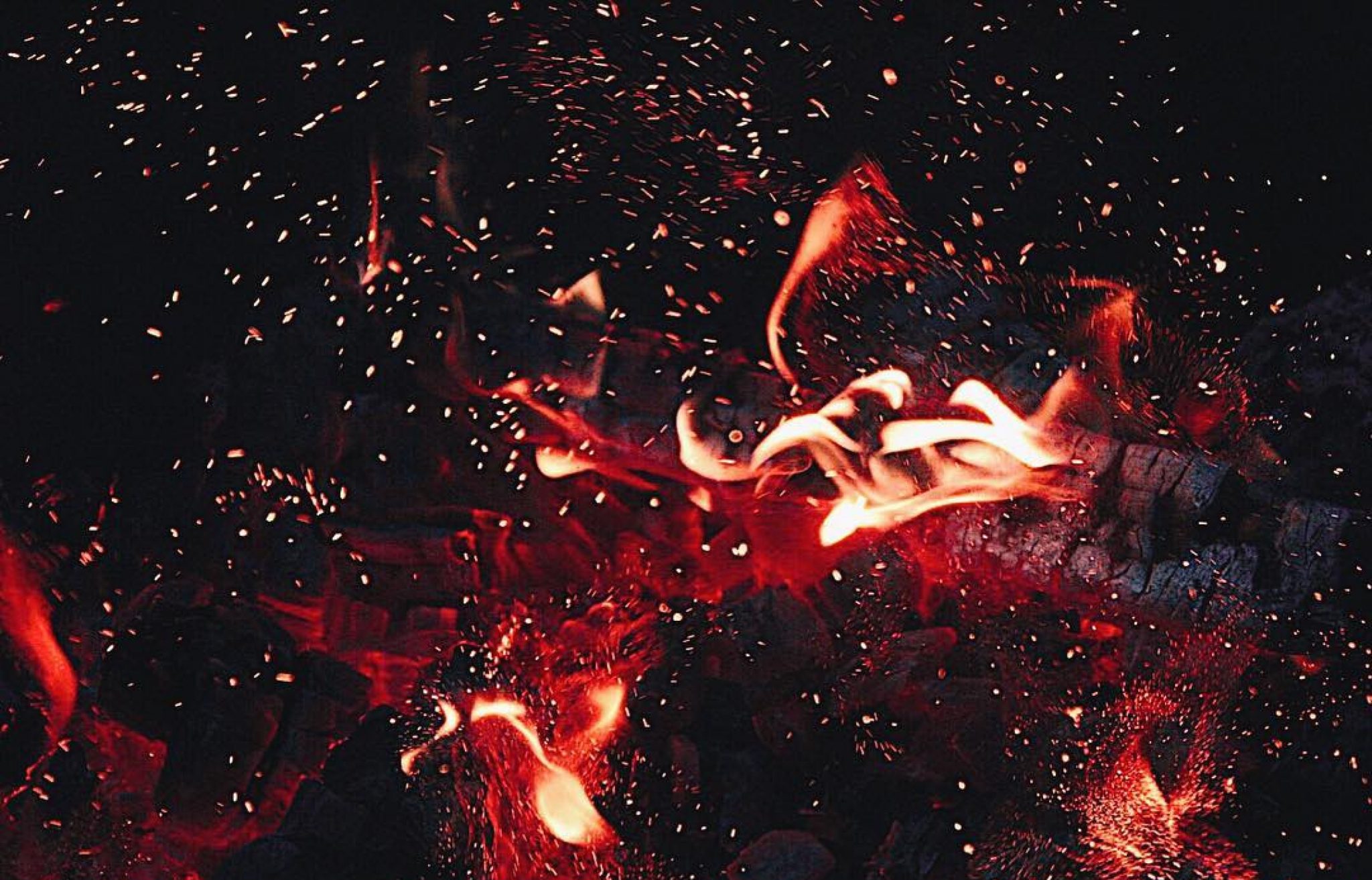 Noah closed the door behind them. The curtains were shut tight, nothing but a sliver of afternoon light peeking in. Emma sat on the bed, her hands folded. Noah sat beside her, the bag in his lap.

They waited for their eyes to adjust.

“How long do we have to wait?” Emma asked.

“Can you see yet?” Noah pressed the bag and the smell of wintergreen filled the space between them.

“Give it another minute.” Noah placed his hand on Emma’s. She began to bounce her knee, impatience running its hands across her shoulders. Her wedding ring dug into Noah’s palm, the diamond pressing hard against his skin. They had been married for 30 years now.

“Stop bouncing,” Noah said. Noah could see impatience in her tired eyes. The hard lines in her skin showed little kindness. His edges had grown hard, too. Every inch of him was riddled with ridges and valleys.

Noah sensed her interest beginning to fade. Since their youngest had moved out three years ago, Noah had felt Emma grow increasingly distant. She spent most of her time waiting for their son to call, and nothing else quite seemed to hold her attention. Noah pressed the bag hard and popped it. He tore it open, exposing fifty individually wrapped white mints.

Emma reached in the bag.

Noah watched her delicate fingers unwrap a mint. She twirled the O-shaped mint between her fingertips, before bringing it up to her nose to smell it.

“Minty,” Emma said as she wrinkled her nose.

“You’re not going to eat it?” Noah asked.

Emma placed the mint ring around the tip of her pinky finger.

Noah smiled and grabbed one for himself. In the dark, he admired its smooth surface and somber glow. “You have to watch closely,” Noah said.

“Is it going to be bright?”

“Wasn’t taught at the school I went to.” Emma had grown up in a poor town adjacent to Noah’s. Her school was small, just one building that accommodated grades K-12 for her town and a neighboring village. Noah’s parents had sent him to a private school, a privilege Noah and Emma later decided was best for their own children. As a result of growing up poor, Emma had always been the serious one in their marriage. She took responsibility for the tough decisions, while Noah often stood to the wayside. He had always been in awe of her determination, but Noah never saw the world as serious as Emma described it to be.

“It’s triboluminescence.” There was noticeable joy in Noah’s voice. The words hung in the room for a moment.

Emma’s eyes settled in her lap. “We should hurry. I need to make dinner.”

Noah let a sigh escape. Though her voice was soft, her words were curt. There was a memory in his mind, one in which Emma was genuinely excited. In their teenage years, they had spent the long summer nights alongside a bonfire. Noah recalled watching Emma’s father kindle the fire; his large, rough hands were black, permanently painted with dirt and grease. Noah remembered the way Emma’s youthful fingers, full and round, felt when they were intertwined with his own.

Now, he felt the small space between them grow larger, expanding and stretching until her presence was floating at the other end of the room. He wanted desperately to hold this space in his hands, molding it like putty until it was supple and warm. Instead, he held the mint between his fingertips.

Emma met Noah’s gaze as he popped the mint in his mouth. He kept his mouth open. His teeth, wet and glistening, were on full display. He rolled the mint with his tongue before putting it between his molars. Then, with a soft crunch, sparks of blue light emanated from the bits of broken mint. Noah kept chewing, mouth ajar, until the mint had turned to powder, the sparks ceasing. For a moment, Noah saw Emma’s eyes widen, then disinterest found its way back into her stare.

“That’s nice. I didn’t know they did that.” Emma took the mint from her finger and popped it her mouth. Noah could hear its round edges clinking against her teeth. He heard the soft crunch of her biting its hard surface, mouth closed. He felt a hum in his core as if he was slowly dissolving with every chew, breaking down like the mint locked behind her lips. Noah studied her mouth, hoping to see the blue light break through her lips. Emma kept chewing, then swallowed. She crumpled the wrapper in her hand before placing it in the bag. She kissed him softly and walked toward the door.

“Do you want the lamp on?” She placed her hand on the switch.

Emma nodded and slowly opened the door. She paused for a moment before shutting it behind her. Noah leaned forward, placing his head in his hands.

He stayed this way for a while. He listened to the distant clank of pots and pans as Emma prepared dinner. He pictured her there at the stove, stirring a red, simmering sauce, the TV roaring in the background. Her hand would be on her hip, her weight resting on her left side, the kitchen warm. He smelled garlic and basil.

Noah opened the bag again. He took a mint and unwrapped it slowly, placing it in his mouth. He pursed his lips, moving the mint between his teeth. He waited a moment, the mint securely in place. In an instant, he crushed it. He envisioned the sparks as they danced on his tongue. He crushed the mint once more and imagined the sparks rolling from his mouth and onto the floor.

Tayler Karinen lives in Saginaw, Michigan. She is a recent graduate from Central Michigan University with a MA in English Literature & Creative Writing. Her fiction has previously appeared in Hot Metal Bridge and Cardinal Sins. One day, she hopes to pursue a MFA and publish a collection of flash fiction. Twitter: @taylerannk.