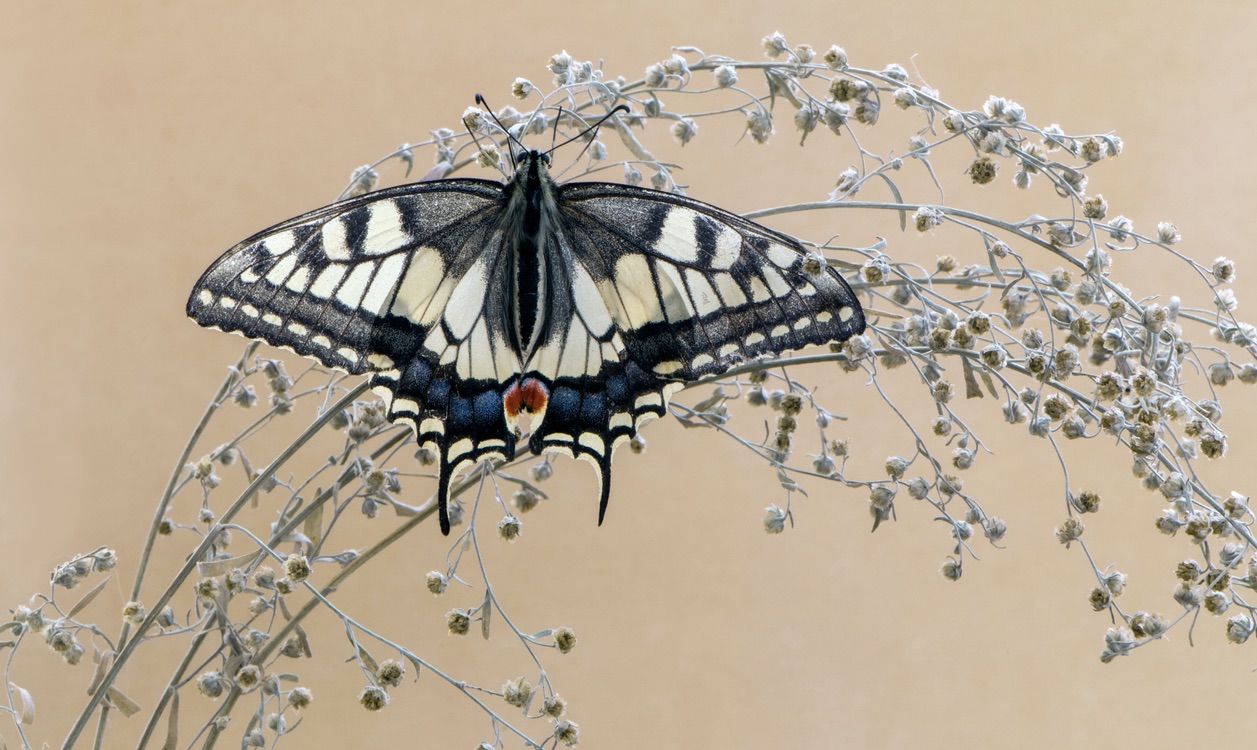 Holding Up My Trophy

I have learned to love every inch of my head—the way it stretches behind me, no longer my curse but my trophy. “Esther” says the world, “We present you with the ‘getting through life’ award. Wear it on top of your neck with pride.” So I do.

I have Cowden Syndrome. It’s a mutation of the PTEN gene that encodes the phosphate and tensin homolog. When PTEN is skewed, it can no longer do the important job of suppressing tumors. Cowden Syndrome is autosomal dominant and my family is a typical case study: six kids and exactly fifty percent of them have big heads. Macrocephaly is only one aspect of the syndrome. My older brother, younger sister, mom and thousands of others with our mutation suffer from painful hamartomas, mostly benign but not always.

I’ve never had hamartomas. I had a thyroidectomy though. In high school I looked like a Dr. Seuss drawing—huge goiter, scrawny neck and crazy big head. I hardly ever brushed my hair. Wouldn’t guys think I was just pitiful trying to make that head look nice when it never would?

At least in high school, the guys stopped shooting rubber bands. There was one kid in seventh grade who was frantic for attention, his hormones pulsing hot in his face as the pretty girls in my class giggled when he hit me. Rubber bands, “kick me” signs taped on my back, cartoons drawn of my profile, the word “mental case” hissed around me as I drooled while awake.

All through school, I was clumsy and myopic. Recess was hell. Anyone else know the feeling of being out in the field watching the ball come slowly towards you and after fumbling around, you pick it up and try to throw it to the pitcher only to watch it fall four feet in front of you? There was raucous laughter and outright annoyance from my teammates. I ran inside and cried over the girl’s bathroom sink. No fairy godmother came to make me like everyone else. That’s all I wanted. Forget the handsome prince or the glass slippers; I just wanted to be like everyone else.

Since the fairies didn’t show up, I had to invent them. My only escape from school was to employ my imagination. I loved reading, especially The Chronicles of Narnia and I could sit at my desk staring straight ahead and see Reepicheep, Mr. and Mrs. Beaver, and the Dwarfs. I’m sure I sometimes talked to them, reinforcing my classmates’ belief that I was “mental.”

Maybe it was my undiagnosed Graves’ Disease, or my daydreaming gone too far, but around seventh grade I really did begin losing my mind just as my classmates told me I had. I had been battling the persistent, worrying question: what if life and everything I’m doing right now is just a dream? If it is, what will happen when I wake up? Will I be dead? What is death like? I think I actually wanted life to be a dream since it was so horrible, but would waking up be worse? I became convinced I was not real. Sometimes in class I would look down from above and see myself sitting at my desk.

The first panic attack came out of nowhere so I thought it was real. I jolted awake at 3 a.m. and knew I wasn’t breathing. I gulped for air, gasping raggedly. I was dying. My heart was skittering as I lurched over to my parents’ bedroom. “Dad, mom, help me please. I’m dying. I’m dying—” I was twelve years old.

My parents must have been tired. They were there for us when nightmares or bed wetting made us cry as little kids, but twelve was too old for their daughter—almost a woman—to come crashing into their bedroom not once, but again and again.

“Listen to me,” dad said patiently. “You have had this before and you didn’t die. So why should you die now?” Indisputable logic didn’t work. The physical symptoms were so real. If the pounding struggle of my heart hadn’t killed me, it had definitely weakened my heart muscle I was sure. So the next time would be the last time. My heart would not go on. I would die.

High school blurred into four wasted years. When our sophomore English teacher announced that state inspectors were coming to our school, a pimpled boy name Sid said loudly, “I think we should put Esther in the closet until they go.”

There were days and months and years when I thought about cutting off my huge head filled with a brain that waited to pounce on me in dark alleys. At one locked psychiatric ward I stayed in, fellow patients seemed impressed with my thyroidectomy scar. “What is that scar from, girl? Did you try cutting your throat?”

It hasn’t been some quick miracle, but now after a year of outpatient therapy I brush my hair. I brush it with long, brush strokes until it shines. I stroke it because I don’t need a man to stroke it for me, and I decorate it with hairbands or fancy butterfly clips so that everyone will look at me until their eyes get all the way to the back of my head.

Esther Keller is finishing her Liberal Arts degree online at Cayuga Community College. Writing is her passion, and she hopes to continue studying it in some form. Her inspirations include EB White and James Thurber. This is her first publication.