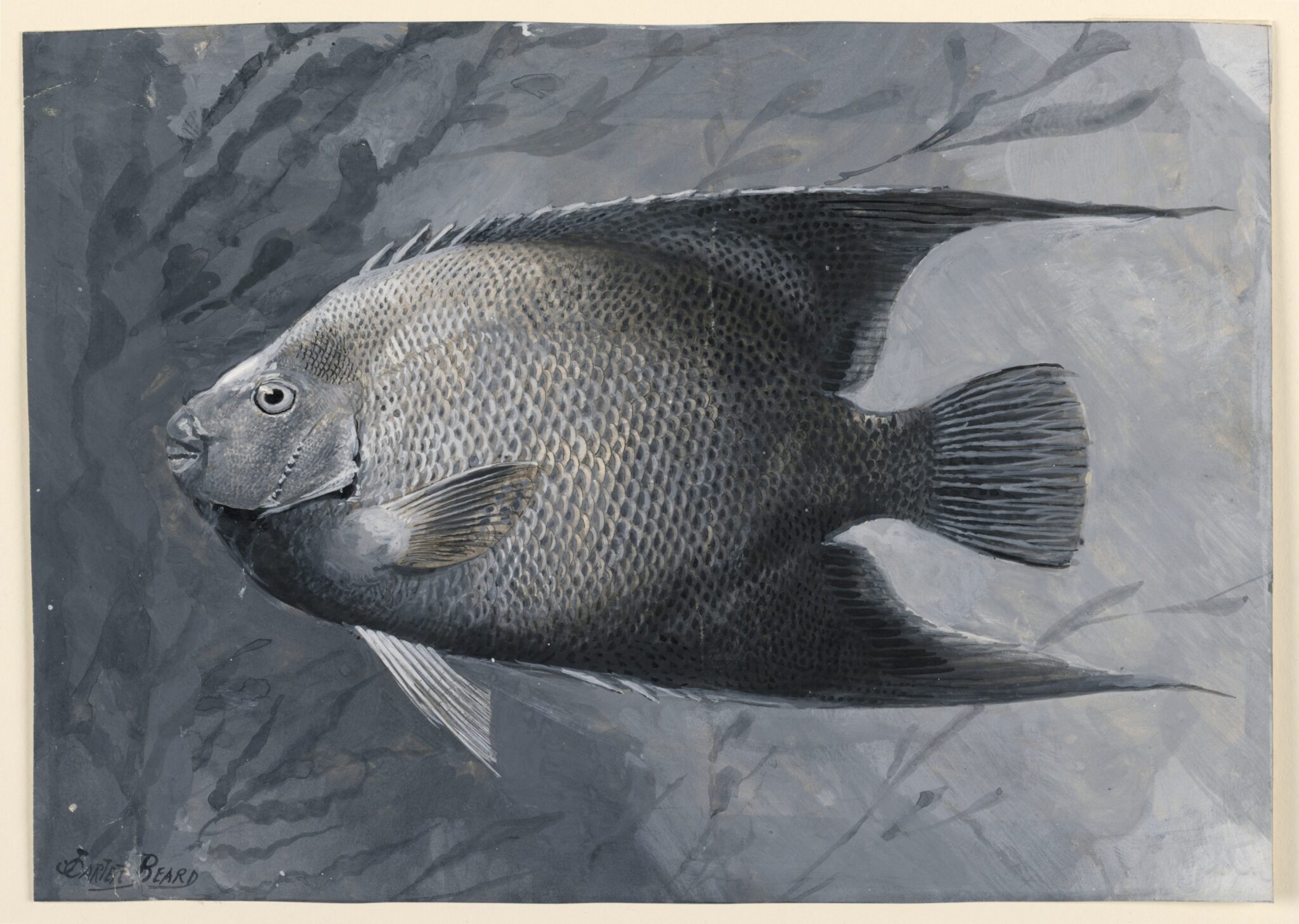 If you read long enough, you will be greeted by the fish.

I focused on lights at the end of the forest line, following them through the bramble and pines. A twig swung out, puncturing my arm. There’s another bruise to add to my collection, I thought. In the next few weeks, I will forget where it came from.

The light multiplied as I neared. Fireflies played like children on a jungle gym, their butts flashing as they flew above the surface of a pond. The water appeared calm, but I knew there was chaos below. Moss growing as quickly as the next thought popping into my head. Countless species of bugs and fish.

I stripped off my shoes and dipped my toes into the pond. Water striders danced across the surface. It felt cooler than I had imagined, a refreshing contrast to the sticky air. As I stepped further out, the mud enveloped my feet. I crouched and scooped up water, washing my wound. The blood was dark against my skin, but with each splash, the injury disappeared. If the water healed my arm, I thought, maybe it can heal what’s inside me.

I plunged below the surface and discovered the pond was deep, much deeper than I expected. Bubbles sputtered across my cheeks and ears, and I was greeted with that familiar stillness found underwater. I sank down and down, reaching for the floor of the pond. The water grew warmer and I felt as if I might never stop sinking, but I did not panic. I was a moth awaiting metamorphosis.

When I opened my eyes, there were lights twinkling below me. They seemed to be lined up along a path.

“How strange,” a voice said. “What are you doing down here?”

I spun to see a massive rainbow trout. The light bounced off his green scales, and his eyes drew me in. His whiskers looked like a mustache. Bubbles swirled up as I giggled.

He opened his lips again. “Would you like to see around the place?” His voice was clear, though I couldn’t make a sound. I felt as if a cloud had shrouded itself over me and I no longer needed to breathe. “Occasionally we’ll get a human passing through. Don’t be alarmed.” He turned away, swimming toward the lights at the pond floor.

I followed, swimming my best breaststroke. Try to blend in. Not everyone will be as charismatic as this trout.

The warm water held me as we neared a village. The occasional fish floated along a pathway lit by lanterns, and a snail inched below them, its shell reflecting the light. The lanterns were encased in glass. How can the flames find themselves underwater?

“This is our peaceful village,” the trout said. His voice was low and grumbly, like he rarely used it. “We only have a few things, but we don’t need much,” he continued. “Having the calmness of the pond water surround us. We feel at ease.”

We had nearly reached the lantern-lit pathway at the floor of the pond. The inhabitants were going about their late night business. The quiet of the village was hypnotic.

“During the daytime, the sun will glisten through and we can hear the muted sounds of birds chirping,” my trout guide said. “Occasionally, a deer or other critter will stop for a sip of our water. They seem to know there is something special about this pond.”

I thought about the wound on my arm erasing itself.

“I happen to enjoy nights just a bit more. The pond has this quiet that’s difficult to explain. I’m sure you’re familiar with what I’m talking about,” he said with a gentle smile. I felt the stillness again. It was how I had always imagined resting on a cloud would feel. My pressures were lifted and I could float. We veered toward the center of the pond and the rush of water increased. The rainbow trout led me to what he called the “power source.”

“This pond is untouched by human civilization and has been for a long time,” he told me. “It rests deep in the forest, and this spring is where the pond receives its water.”

I closed my eyes to feel the water rushing into us and I began to cry.

“Some of our water in exchange for some of your water,” the trout said. “Quite a special exchange, wouldn’t you agree?”

I opened my heart to the water and breathed in the still.

Rachel Blair is a soon to be graduate from Northern Arizona University in the ponderosa pines of Flagstaff, AZ where she is studying Journalism and on scholarship for Violin Performance. Rachel is a poetry and prose editor at All Ears Magazine and performs violin as a member of the Verde Valley Sinfonietta in Sedona, AZ. She has worked as a reporter and DJ for her university’s news channel and radio station and does freelance writing independently. Rachel’s happy place is whenever she is exploring nature while she loves to read and draw in her free time. During breaks from school, she is in her hometown of Oracle, AZ, where she works for her family’s lavender farm. Rachel’s prose took first prize at Tucson Festival of Books Young Writer’s Competition while her poetry has appeared in Beyond the Commons Magazine, Memoira Magazine, and All Ears Magazine.