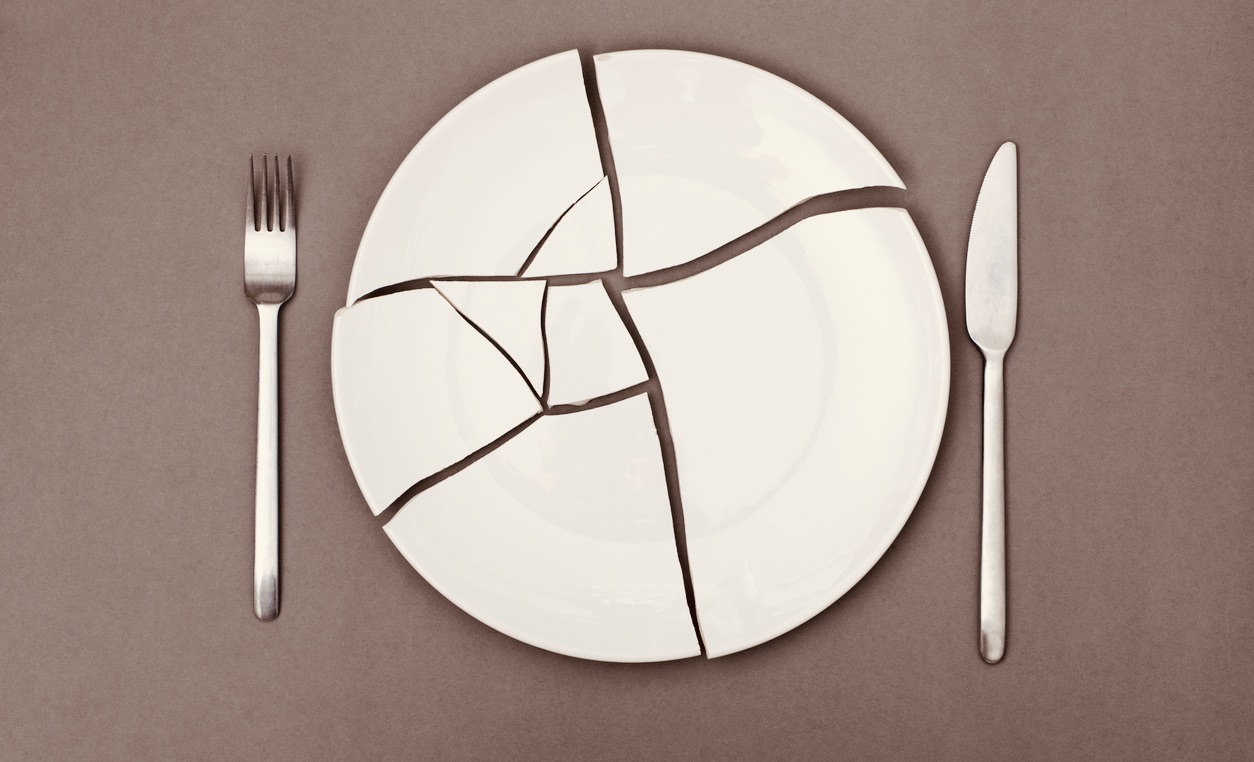 When Mum died she wrote in her will that we should eat her entirely. So we had her body minced in a meat grinder. She came out wormy and fatty and salty, separated by bones, organs, and ground down flesh. We strung her newly mangled pith like drying spaghetti over the wires in the piano. We rolled her into balls and mixed her with potato, frying her in oil so hot it spat up at us and burned our chins. Then we reshaped her, and piled her, and set her in a loaf smothered in barbecue sauce in an oven set to 180 degrees. Then we sliced her from where her belly might’ve been to where her chest might’ve been and pieced her out on three China pattern plates.

Mum was gritty, was tough and chewy, and stuck between our teeth, crystals of salt stabbing the underside of our tongues. My brother reached for her heart even though I had already put it on my plate and was readying to watch the arteries burst by the pressure of my sharp-tipped steak knife. We fought wildly then, jumping to the top of the table and clawing our fists, then scratching the soft, thin skin under each other’s eyes and knocking our knuckles into each other’s front teeth. Dad started to cry suddenly, gnawing on what once was Mum’s brain, and we watched him shrink and shrivel like the grey matter of her frontal lobe did by my dad’s relentless sucking. In that moment, I took my mother’s heart and devoured it whole, so I could still feel it beating in my throat, and then my chest.

Suddenly I was Mum, and I saw it then. I saw it all and felt myself crumbling under the weight of it, and expanding by the air in my gut. So I made out my will, signing it with a heavy hand and crossing the ts with a graceless swoop, consulting my lawyer and, ensuring by every measure, that, upon my near death, my heart to my head, my feet to my gut, my teeth to the tips of my yellowing nails, should be taken and eaten whole. I think dad did the same. Now I kick myself for not having let my brother take that heart to devour himself.

Helena Pantsis (she/they) is a writer from Naarm, Australia. A full-time student of psychology and creative writing at the University of Melbourne, they have a fond appreciation for the gritty, the dark, and the experimental. Her works are published or forthcoming in Voiceworks, Going Down Swinging, and Meanjin. More can be found at hlnpnts.com.