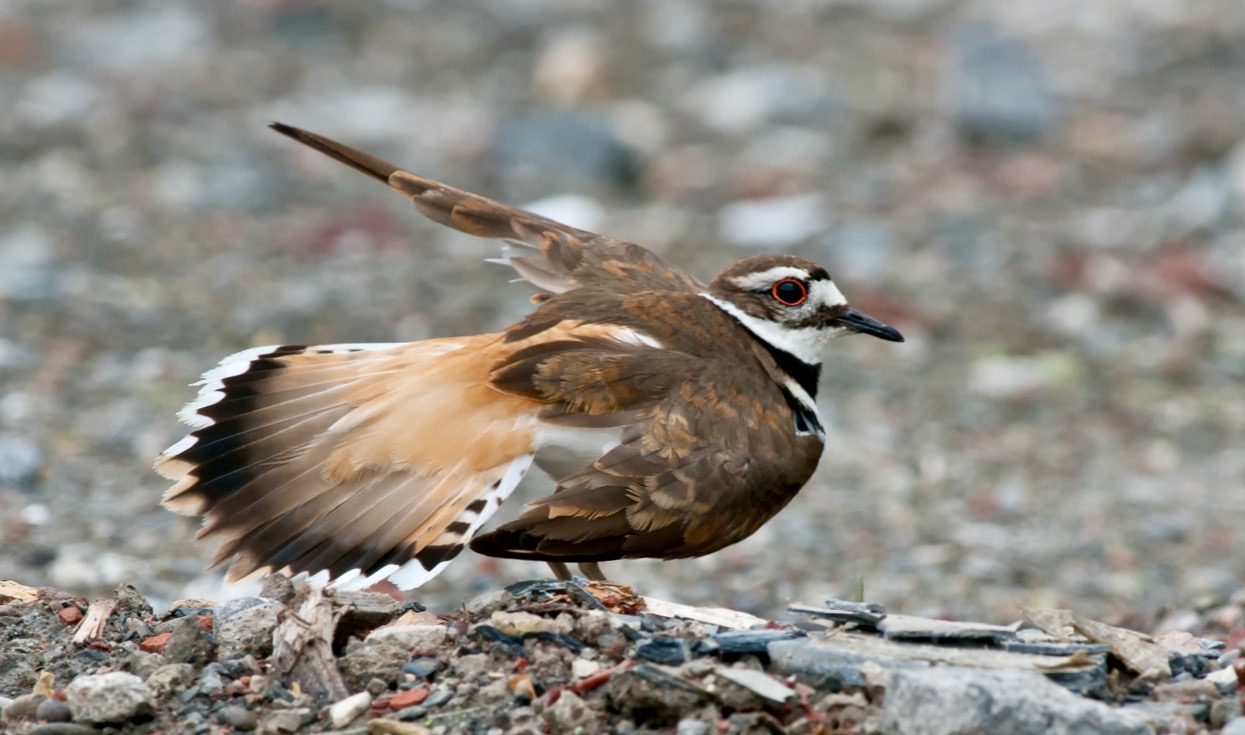 It’s not hard
to identify the killdeer with her eye
burning a bitter orange
around the pupil like a solar eclipse
against the sticks and pebbles
and it isn’t hard
for her to identify me,
the man perched too close to her
on a rock, a pencil
balanced between two fingers
like a cigarette.
Perceiving me as a threat to her eggs,
she hops toward me
and performs a desperate dance,
a display of a wing bent
broken. I study her choreography,
the way she unfurls
her wing, steps in circles, unfurls
her wing, steps in circles,
I unfurl a clean page to sketch her wanting so badly
for me to believe her affliction.
I outline her wing, her head, and try to forget
how it works for artists like us.
Artists hoping
our imitated injuries might trick death and preserve
that part of us still unhatched,
that part of us that might mature
into something immortal.
I’ll finish her picture
tomorrow. The facade
of her fractured
wing. The grim eye.
That fervid halo
of light.

An enthusiast of philosophy, Jay Paine often overindulges in existentialism, but when he’s not grappling with the meaning of life, you can find him penning a poem underneath a bigtooth maple at Utah State University.