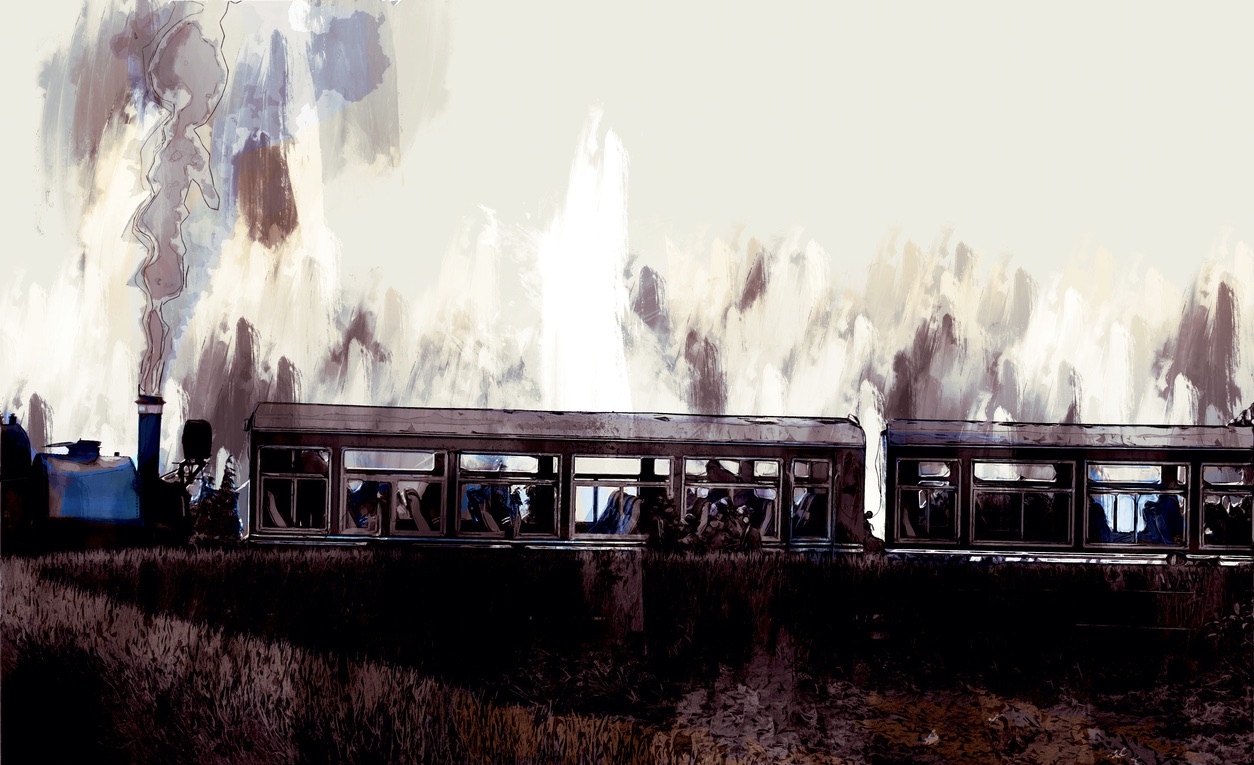 Against the grey frame of a November morning
the rushing bogies were a fine stroke of endings,
seven darkened beads rolling across the skyline.
For many nights, I imagined my mother looking
through one of its windows, waving goodbye &
unleashing blessings through a sea of kohua bon.
Part of me took the train that morning and never
returned, part of me is with my parents cooking
steamy báizhōu & lip-synching Talat Mehmood
on a cold spring afternoon in Hong Kong or any
land that feels home & not an intrusive memory.
When they ask do you remember their faces, M.?
I can hear the rattle of kitchen drawers, relaxed
to-and-fro of jack plane & trowels on old wood,
clinking of bowls filled with pork broth at dusk.
Often, I trace my thumb along the barbed edges
of the photograph in which we are still a family:
mother weaving monsoons, father stitching a cot
while siblings & I, by clotheslines, stand sulking
a palinode of utterance into existence. Only if
un-leaving was a thing, this could’ve been spring
& against the sharp air of April, we would’ve sat
on a hilltop with pockets full of sunflower seeds
& hooted at racing bogies, balimahis, the moon.

(for Leong Linchi aka Pramila Das)

Abhijit Sarmah is currently based in Dibrugarh, India. His works have appeared in the Glassworks Magazine, Gasher Journal, The Albion Review, The Rigorous Magazine, South 85 Journal, The Scriblerus, Not Very Quiet and elsewhere.