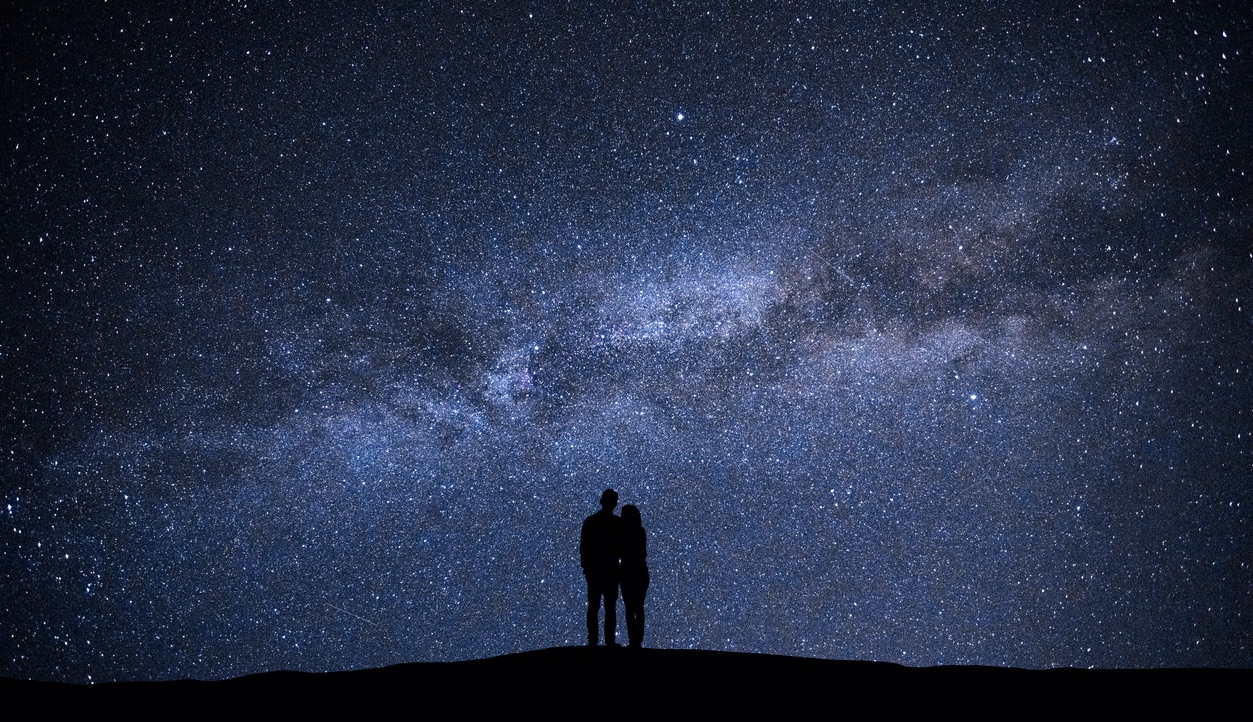 The Black-Haired Boy invited me stargazing by the docks near campus. It was so clear we could’ve touched the stars, almost. We talked about home, his and then mine, and how exponentially unlikely it was that we even met. How the stars looked from our different continents. We were looking at the same corner of the sky when a shooting star exploded there. How far we were from home didn’t matter; the stars are the same no matter what language you speak.

“Enjoy Vienna. Talk soon.” I hang up the call from my best friend six time zones away, dialing my boyfriend at his home ten time zones away, texting my brother in another country. I was homeschooled for seven years and didn’t get on a plane until I was 18. Yet I find myself, one December day, with people I love spread all over the world. I can talk to them as if they were right by my side.

Accidentally, I’ve dated four people who spoke four different languages and practiced four different religions, all have been ravaged by holy war—but we pretend to heal history in a dorm. Two people, collapsed into each other on a rickety bed frame incised with initials of previous lovers, reading a Bible together because the Black-Haired Boy said, “I’ve never read one of these before.” A few minutes later, he closes it. “They all say the same thing. Scripture, I mean.”

I am not a particularly religious person. When I sit at the one nice restaurant in town and the brown-eyed boy tells me that his mother converted to Judaism for his father, I don’t think about what he’s saying. I look at the menu instead. When the blonde boy peels his shirt off and reveals a heavy crucifix swinging on its chain, I say nothing. When the boy in high school picks me up in his parents’ car and I nearly knock over the Ganesh statuette, I look down at my feet. I am walking through worlds I do not understand. I have never been prepared. But not being prepared gets easier. I get dinner with the Black-Haired Boy and his friends. Someone orders a bacon cheeseburger, and he jokes, “That’s haram!” I laugh with them.

It is a beautiful thing to prove that love challenges those ancient boundaries we draw in the world. But perhaps those assumptions are still strong enough to stop us from succeeding where we try. They don’t stop us from meeting those people, but they threaten our future with them.

“Imagine you move to Japan,” says the Black-Haired Boy. “You speak Japanese, you have a job. You meet a nice Japanese woman. Wouldn’t your parents be confused? ‘You want to stay there, marry her?’” I nod. “And your kids would be Japanese. They’d go back to America, where you’re from, but they wouldn’t be American, you know?” I know. He didn’t need to retell our situation in the hypothetical. “Wouldn’t you want your kids to know your world?”

But I don’t know if I would. I’m not moving to Japan.

Colleges bring people together from all over the world. There is no roadmap for what happens when the girl from Massachusetts graduates and her roommate of four years returns home to South Korea. We are the growing pains of globalization. Experiences like these will only be more and more common.

We ignore what might happen after graduation. In a dining hall, when everyone pretends to be an adult while putting chocolate milk in their cereal, it’s difficult to remember that a real world exists beyond humid dorms.

In the middle of the night, the Black-Haired Boy and I debate what we might do about our future. It is dark and morning will never come.

Hours later, we cheerily stumble to the dining hall in a blizzard, squinting against the wind. It is bright and the rest of our lives will never come.

“I’m hungry,” he pouts as we wait for the light to change at the intersection. “All I want is food.” We can pretend that is all he wants. We don’t acknowledge the fact that six hours earlier we were laying in painful silence, studying water stains on the ceiling. “Where would we live?” Now, it is time for eggs.

Inside those doors, people chatter about their Saturday nights, refusing to discuss the majors they haven’t declared, refusing to acknowledge that they might never see their about-to-graduate friends again, not if they take those jobs in London and San Francisco and Seoul. Our parents couldn’t prepare us for these challenges because this world isn’t the one they grew up in.

Some nights are better than others. We know we’re more protected in our collegiate idyll than if we’d met beyond hallowed brick halls. But even here, reality finds us.

Tonight, the Black-Haired Boy has received an email that set him off. He talks for a while. I am silent. “People read my name and they think they know me,” he says. “But they don’t know me at all. I watch what I say to everyone but some white guy I’ve never met can email me and tell me I don’t know my own culture.”

I, the English major, have nothing to say. Nothing would make it better. I know this feeling and I now know what every inch of my ceiling looks like.

“I wish I could protect you the way you protect me.” I stumble over the words because that didn’t sound right. Nothing would.

He smiles sadly. “I should stop complaining. You’re more unsafe on this campus than I am.” It is a competition no one wants to win.

He takes my hand.

It is strange to say that the touch or words of a person can transform hardship into comfort. And it doesn’t matter if that person is Jewish or Muslim or American or Indian or Russian. It doesn’t matter, not even a little bit.

It didn’t matter when we were looking at the stars.

Caroline Cook is a senior at Dartmouth College. An artist and writer, she’s interested in the way we tell stories about ourselves and in making people laugh. Her work has appeared in McSweeney’s, Ms. Magazine, and Lady Science Magazine. Find her art on Instagram @obstinateartist and her thoughts on Twitter @caroline_e_cook.