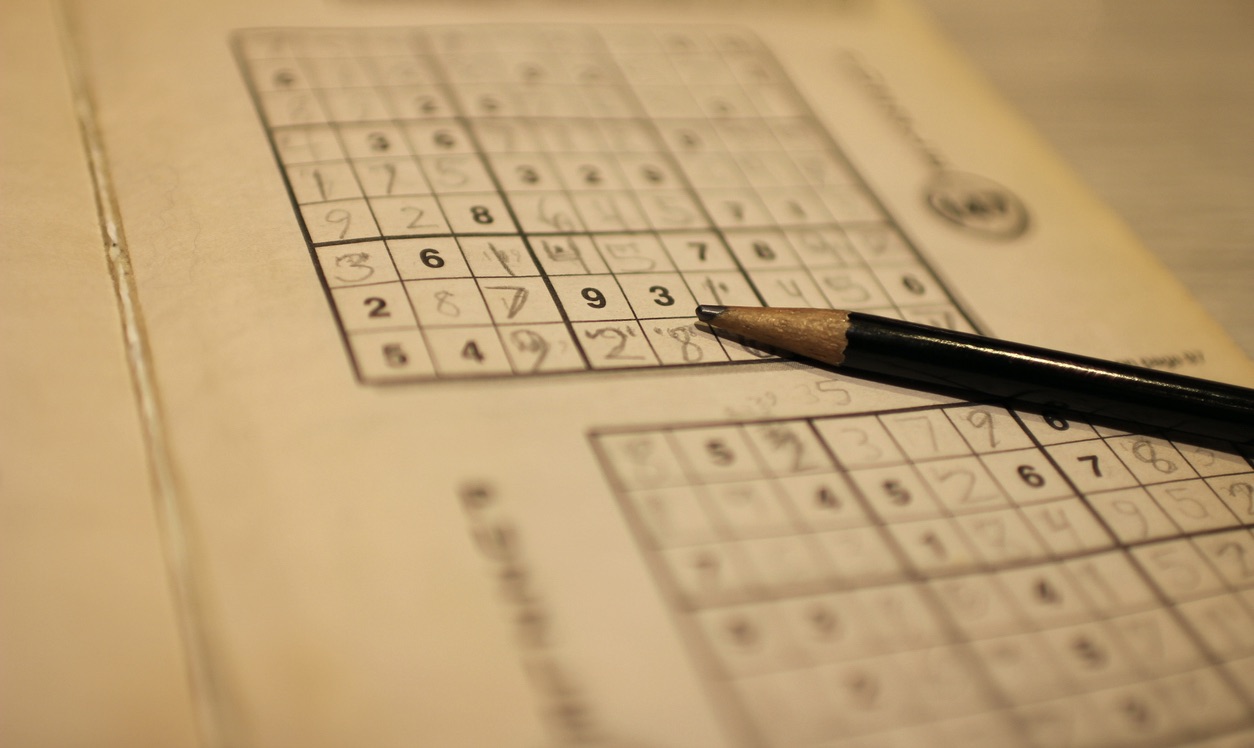 Boredom in the Psych Ward

Doors are locked in some units of the hospital. Where I am, even the bathroom is locked. I must ask for permission to pee. Exit doors are built in duplicates, parallel to one another and both alarmed. If you make it past the first, there is still a second to stop you. But why would you try to leave? They will only bring you back.

The walls are endlessly uniform, door after door, but so finite. I try to take a walk along the unit, but I reach the end instantly. I turn around, and suddenly I’m at the other end. Again and again, I find myself bouncing between walls, until I finally sit down in a chair at the center. The hall smells of sanitizer and soap. Even months later, the smell of certain soaps will take me back.

I meet with a doctor in the morning and attend a few therapy groups led by nurses, but for the rest of the day, there is nothing to do but sit and think. So, I do sudoku puzzles. I ask the nurses at the desk to print me puzzle after puzzle, until I have amassed dozens. I alternate between the easiest puzzles, which take just a few minutes, and the hardest, which can take hours. This, at least, is variety. Pencil smudges line the outer ridge of the papers, as I take notes, eliminate possibilities, and fill in numbers. Still, I count every minute, and minutes feel like hours. My stack of paper grows thick with lines, rows, and boxes of numbers, one to nine. One to nine. One to nine.

There are semblances of peace. They try to make the unit feel healing. There are paintings of fish on the ceiling, positive quotes written on the dry erase board. We are allowed in the craft room for half an hour each day. Those minutes somehow move faster. Everything is bright. Bright voices. Bright lights. Too bright lights.

Morgan Rondinelli is an MFA student at Western Connecticut State University, with focuses on creative nonfiction and science writing. Her work has been published with Poor Yorick Journal, Whetstone Magazine, Chicken Soup for the Soul, and The Mighty. She can be found @morganrondo.