The first time I participated in National Novel Writing Month, I was 15 years old and excited. As I tried to recruit friends and relatives, I encountered definitive nos from my brother, sister, cousins, and academy friends. However, when I approached my grandmother in her kitchen, she paused over the stove and turned to face me.“I always thought about writing a book about my grandparents. My grandparents left everything they knew in Sweden to come to Canada. My mother was born in a sod house on the prairie. But it would be too much like Giants in the Earth.”

This wouldn’t be the last time I heard the title. She referenced it each time I asked her about the past. Eight years after my first NaNoWriMo, it occurred to me that in spite of this book’s obvious importance to my grandmother and our family heritage, I’d never read it myself. I checked out a red, cloth-bound vintage edition from my university library and began. 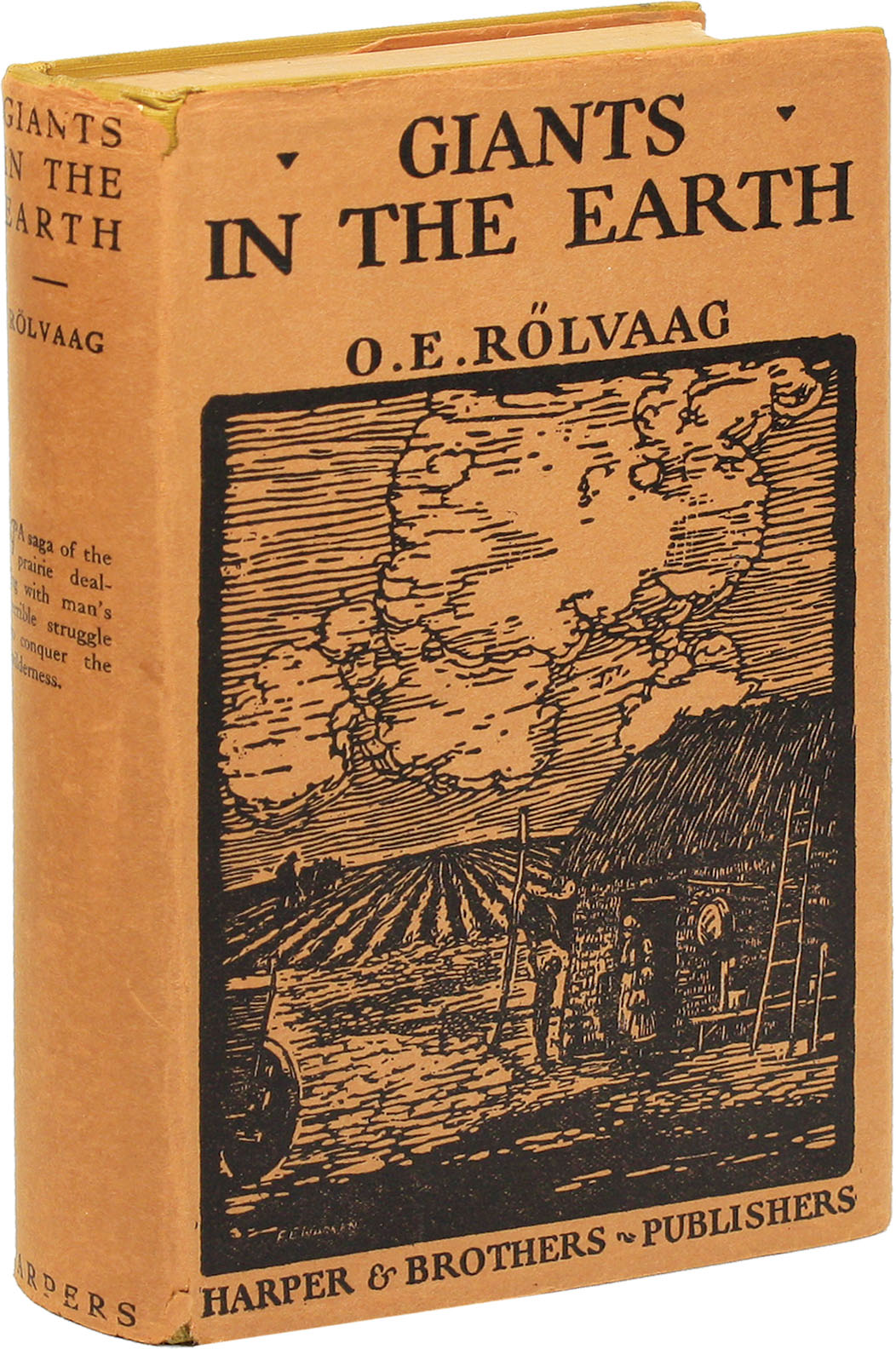 Giants in the Earth was first published in Norwegian in 1925, and received wide success in Scandanavian literary circles in the American Midwest, as well as in Norway and Sweden. Its success led to the release of an English translation in 1927. The three-part epic follows the story of a Norwegian pioneer community homesteading on the great plains, and most famously relates the constant battle between man and the elements of nature. However, at the time of its publication, and for decades after, Giants in the Earth also received high praise for its then-unusual representation of women. The novel centers on the marriage between the male protagonist, Per Hansa, and his wife Beret, who suffers intensely from fear and loneliness in their isolated and dangerous life.

As I read this book, I found myself alternately thrilled, terrified, and moved by the homesteaders’ continual struggle for survival in the face of deathly winters, illnesses, and crop-destroying plagues of insects or hail. As Per Hansa triumphed, I found myself frustrated with Beret, who seemed unable to acknowledge her husband’s happiness and success. It wasn’t until I had finished the book that I considered the implications of these feelings.

Over the course of the story, Beret’s fear and loneliness slowly draw on her will to live. She loses her desire to care for herself, to provide for her children, or spend time with her friends in the community. After a time jump in part three, she is revealed to have gone entirely mad—until the arrival of a pastor in the community causes a spiritual awakening that restores her to her family as a transformed wife and mother.

By making these narrative choices for Beret, Rölvaag ultimately fails in his representation of a women-centered response to the immigrant homesteading movement. Although the inclusion of a female character and her thoughts was, at this time, a progressive decision, Rölvaag fell back on the classic trope of madness to invalidate Beret’s thoughts and feelings—and, as the evidence of her symptoms suggests, circumstantial mental illness and depression.

In the context of his time, I don’t fault Rölvaag for his misrepresentation of Beret. I value Giants in the Earth as a pillar of the canon of American literary history. But as I consider my grandmother, and the voices that we prioritize in our literature and society, I find myself compelled to ask her, once again, to write her book. Giants in the Earth presents the human struggle on the American prairie, but fails to fully-realize the experiences of the women who made possible this chapter of history. Voices such as my grandmother’s, I think, could strive to bridge the gap before this chapter is altogether closed.

Bio: Holly Elaine Hayton is a senior at La Sierra University, where she is on the student editorial board of The Roadrunner Review. In June of 2019, she will graduate with a Bachelors of Arts degree in English Writing and Spanish. She is a native of southern California, but her writing is heavily influenced by her time spent living abroad during her undergraduate studies, both as a student in Spain and as a teacher in Malawi, Africa. She enjoys reading all kids of books and has dedicated 2019 to reading books written by women. (Currently: Middlemarch by George Eliot and The Luminaries by Eleanor Catton.)