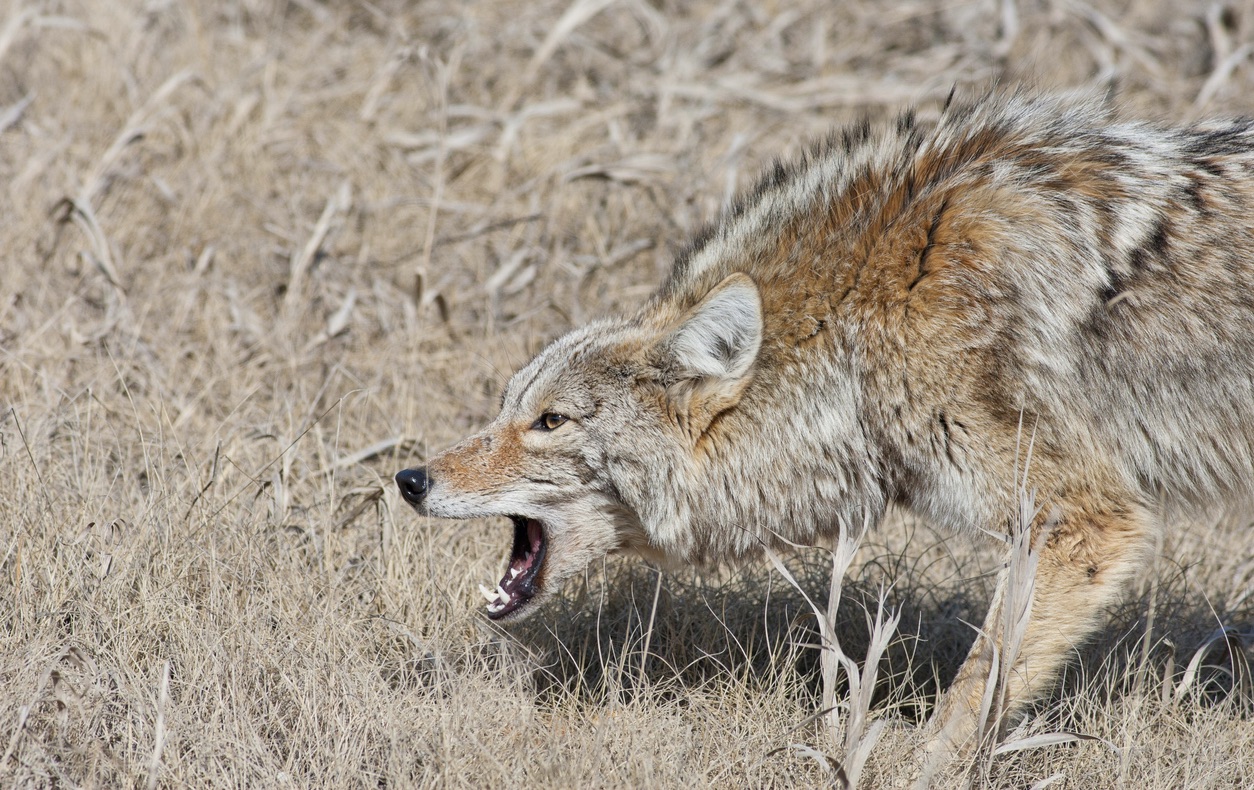 Act of a Midwestern Predator

We paused next to the gravel driveway of our grandparent’s farm, between the small orchard and the abandoned pig shed. I stepped up to the decaying white wooden fence and stood one rung up, putting my hand next to my ear. My little brother Brandon climbed up next to me, staring in the direction I was as the grey skies writhed. He was shorter than me, but people often knew we were siblings right away. His brown hair made him look like a sweet hedgehog. I felt myself become the coyote, a cruel Midwestern predator. The winds started to pick up.

“Brandon, listen! Do you hear that? Coming from down the road?”

He and I paused for a moment, ears turned towards the tall grain silos in the distance.

“Are you talking about the cows?” he asked.

“Yes! Did you know I can understand cows?”

I stopped moving for a moment and said, “Oh no. No no no.”

Brandon looked at me, his deep-brown eyes widening. “What?”

“Something awful is happening to them. Listen to how loud they are, they’re screaming. They want help.”

His head whipped toward the distant farm, his eyebrows up and mouth open. I knew that he was someone that trusted others easily, and he looked up to me. I could use this to my advantage.

“What’s happening to them?” His voice was shrill, and he spoke quickly.

I turned my head towards Brandon, opening my hazel eyes wide to match his. I made my voice barely more than a whisper.

He didn’t hesitate to jump off the fence and run towards the orchard; his pigeon-toed feet made his sprint awkward and wild. His arms pumped next to him as he ducked and weaved under and through the blossoming fruit trees. I stood and picked at the white paint on the fence, smiling. How gullible. I jumped off the fence and started walking casually towards the house, reveling in my success, before I realized he’d probably tell our grandparents what happened. While they likely wouldn’t give a big punishment, like no dinner, they would probably tell me to sit in my room alone, and I didn’t like being alone with my thoughts.

I ran after him, calling his name.

He stopped running; he was trembling, but he would never leave me behind.

Once I caught up to him I said, “Brandon, I think I was wrong. I think they’re fine. I’m so sorry I scared you.” He looked ready to cry. I felt a bit of regret, but more than that, I felt proud of the fact that I was an amazing actress, that I had the ability to make him believe in anything I wanted him to.

“Let’s go play LEGO’s,” I said, hoping he wouldn’t mention any of this to our grandparents.

I let him walk in front of me and pretended I was a saint for telling him the truth. I pretended I wasn’t cruel to him, that I was funny, and that someday we’d laugh about it. I made him believe I had the best intentions.

Fifteen years later, I told the cow story at the dinner table. He remembered it, and he laughed, but it was stiff. Our dad’s girlfriend said, “That stuff sticks with you. I have problems with my sisters because of all the things they did.”

My mind flashed to all the times we’ve yelled at each other, the coyote and the hedgehog. All the times we said we hated each other and thought we meant it (and all the times we realized we were wrong). I thought about how he doesn’t always understand social expectations and how insulting he could be, like when he said, “You know it’s cold when the fat ones run” as he watched me jog to the car mid-winter. I remembered pushing all the right buttons to make him grab me a drink the week before and the twinge of guilt I felt, but also the rush of power when I saw him give in. Power I couldn’t get anywhere else.

I laughed. “We’re okay. There are no problems between Brandon and I!”

I looked at him and he nodded before we both looked away. We’ve become such convincing actors.