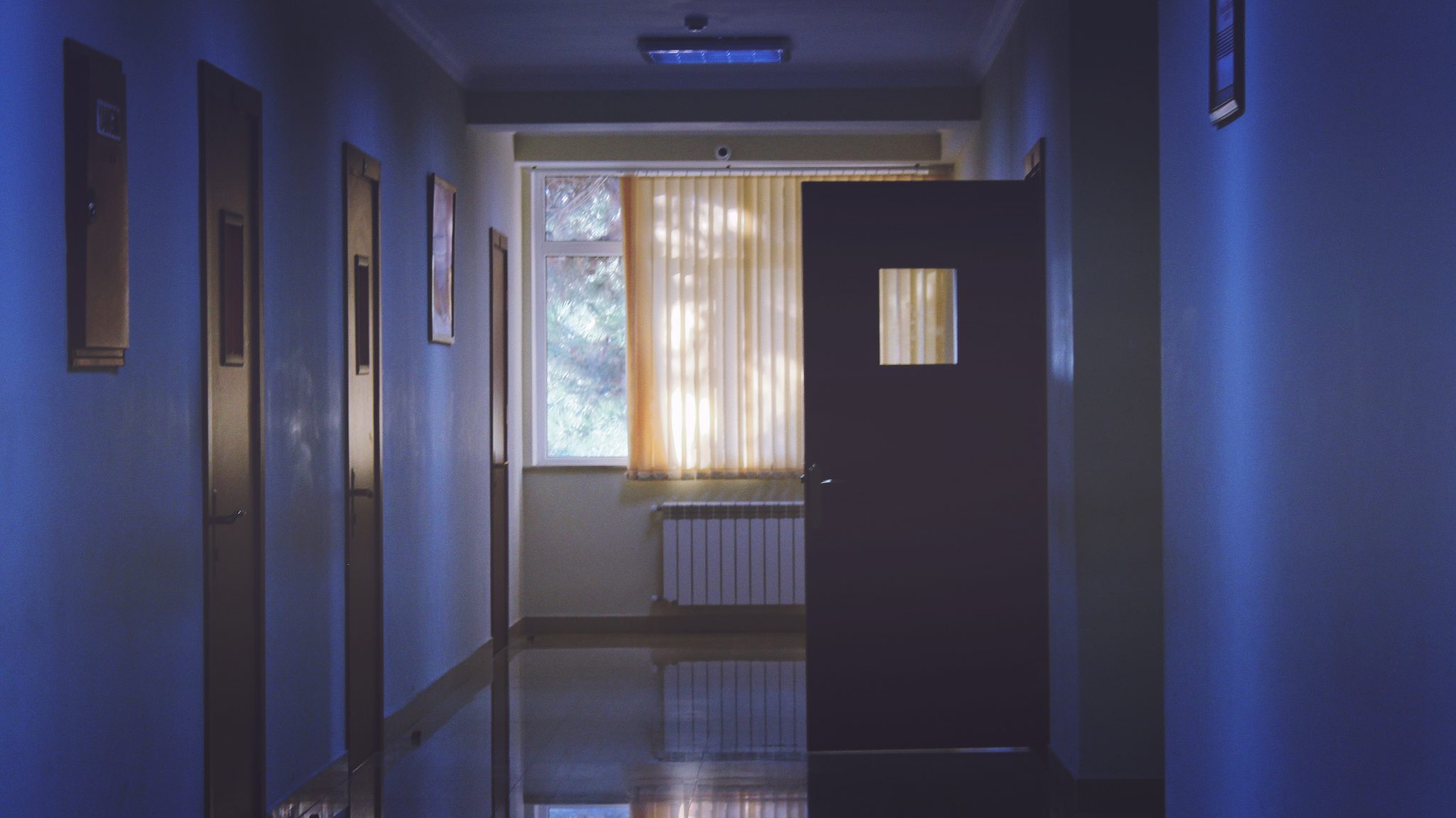 A Thing I Can’t Say


There’s nothing as sad as the black of a rich man’s shoes. They gleam like great, dark diamonds and shine with the weight of all the places those men never go. I’ve spent my life in the scuffed up corners and I’ve got the blisters to prove it.

Once, I was hospitalized in California for two weeks, and the first guy who shared my room kept crying on the phone to his girlfriend while he was getting dialysis. I kept passing out and waking up to him gurgling swear words over and over as the big machine whirred. I hope she loved him.

The second guy who shared my room was old and senile, and he kept throwing his lunch against the wall and yelling for some lady who the nurse told me was dead. At other times, he told me war stories and kept saying that he missed the peaches from his mom’s backyard.

Tonight I see a priest in this hospital waiting room, and his collar is untucked and his eyes are red, and all I can think about are all the old men crying and coughing alone.

I came here for the desperation of it all. Sometimes I get so sick and tired of the black-shoed men with smirking articulation, ordering pasta in polo shirts, that I need to hear somebody crying somewhere just to know I’m not the only one. Some things can’t be said.

I put fifteen lacerations on my arm with a steak knife, but they’re just on the surface and the nurses don’t seem to care about them much. They’ll probably lock me in a dark room for a few hours and tell me to promise I won’t kill myself.

Last night a couple came to the restaurant where I work and kept leaving their table to smoke terrible weed. They ate six baskets of breadsticks, then he gave her a card that made her cry. He shook my hand again and again until it was sore and I still don’t know why.

Waiting tables is all about assuming a posture of servitude. You smile and grin and make everybody think you are doing them a big favor. That’s the key of it all, making everybody think they are on your side. But sometimes I wish everybody didn’t need so much convincing. Most nights, I just wish I didn’t have to smile at everybody who glares at me.

The nurses say they have run out of therapists so I will have to talk to the chaplain. He has got a big Bible full of announcement sheets, and I can tell he’s busy thinking about something important. I tell him I was feeling sad and took too much codeine at one time. He has a laminated checklist that he keeps filling in with a red marker.

“How many times in the past two weeks have you thought about hurting yourself?”

I tell him I didn’t think about it; I just did it. He finishes up his checklist and leaves me alone so he can go put it into a spreadsheet somewhere.

The nurse comes back and tells me that they will let me go home if I’m not going to kill myself. I sign a promise, and she bandages up my arms. My car is in the physicians’ parking area where I accidentally parked. The security guard is sleeping in the gate-booth, and he won’t even know I was here.

I hit the highway and turn some Molly Hatchet way up. The Pennsylvania dawn spreads out in front of me in an assortment of gray sky. A freight train screams past; they never stop flying.

I want to drive somewhere I’ve never been.

Stephen Comstock was born and raised in Baldwin County, Alabama. He is 26 years old, and lives near Pittsburgh, Pennsylvania with his partner. He served in Afghanistan with the U.S. Army, and is currently pursuing a B.A. in English at Robert Morris University. His work has been published in The Bitter Southerner’s Folklore Project, Parhelion Literary Magazine, and Instant; A Literary Magazine.